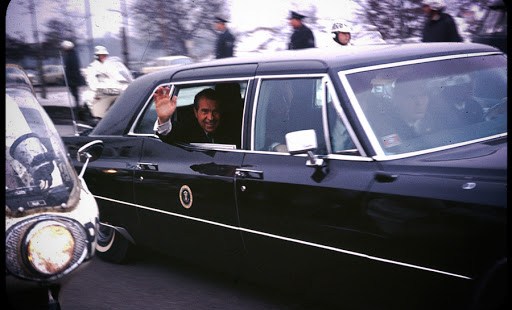 The problem is not that it got published. A lot of bad books get published.

The problem is that Nixonland, the massive 2008 book by Rick Perlstein, got such high praise. An Amazon Best Book of the Month. Starred review in Publisher’s Weekly. Good reader reviews and blurbs from noted journalists. A New York Times notable book for 2008. Flattering blurbs from journalists.

I never made it past the second chapter of Nixonland: The Rise of a President and the Fracturing of America. I also have no intention of reading Perlstein’s forthcoming The Invisible Bridge: The Fall of Nixon and the Rise of Reagan. The reason for both is because, in Nixonland, Rick Perlstein gets something fundamental about American politics and history very wrong — so wrong that it’s possible to second-guess his book on Reagan even weeks before it’s publication.

What Perlstein can’t come to grips with is that communism was a great evil of the 20th century, that a great many men of courage opposed it, and that there has always been an unfortunately thin line between communism and liberalism — and that in recent decades that thin line has all but disappeared.

Perlstein, a writer for The Nation, cannot bring himself to admit this. His inability to do so largely invalidates the 900-page Nixonland, because it is the question about the relationship between liberalism and communism that made Richard Nixon famous. This is not to say that there is no difference between liberalism and socialist communism. But Perlstein cannot adumbrate the difference. This is unfortunate, because exploring the differences between the DNC and the Communist Party USA, or lack thereof, is at the very center of what gave Richard M. Nixon his rise in politics.

The first major earthquake that revealed that gray line between liberalism and communism was the famous Chambers-Hiss spy case of the late 1940s, a case that made a young Senator Richard Nixon famous. Whittaker Chambers was an American communist who defected. He testified that Alger Hiss, a high ranking government official and liberal golden boy, was also a communist. At first only one man believed Chambers: Richard M. Nixon, freshman congressman from California. Chambers and Nixon turned out to be right. Alger Hiss was guilty. There were communists in the government.

In Nixonland, Perlstein does not deal with this fact. Instead, he depicts anticommunists like Nixon, Chambers, and the members of the House Committee on Un-American Activities as paranoid, sex-obsessed, dumb, and reactionary. To admit that there were sane and reasonable men who were anticommunists is to admit that there was a serious problem of communist infiltration in the United States government. And to do that would lead to the question that Nixon and Chambers introduced: Where does communism end and liberalism begin?

Of course, to ask is to become a right-wing paranoid. To Perlstein, Richard Nixon is no different from Joe McCarthy, even though Nixon explicitly denounced McCarthy. And in Perlstein’s caricature, Chambers becomes “paranoid,” “sad,” “suicidal” and “so painfully withdrawn.” When the establishment media and defenders of Hiss mounted an attack against Chambers, writes Perlstein, Chambers “thought he knew why: Communists in high places were pulling strings behind the scenes.”

But this isn’t what Chambers thought at all. Rather, Chambers felt that when he came clean about his communist background, establishment liberals were also caught in the trap, and this made them explode in a defensive, and telling, rage. In a famous passage, Chambers said so himself: “The simple fact is that when I took up my little sling and aimed at Communism, I also hit something else. What I hit was the forces of that great socialist revolution, which, in the name of liberalism, spasmodically, incompletely, somewhat formlessly, but always in the same direction, has been inching its ice cap over the nation for two decades.”

Chambers went on to write Witness, one of the great autobiographies of the 20th century. It is a book that had a direct causal relationship in turning a young Democratic actor into a conservative. That actor’s name was Ronald Reagan.