Dads at the Megaplex 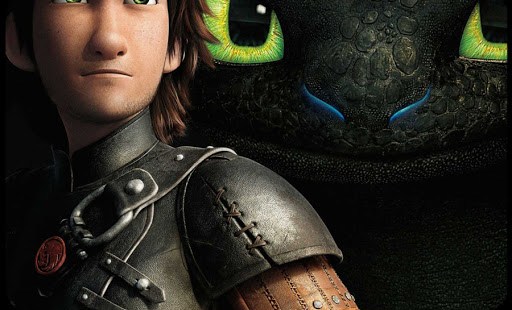 It’s no coincidence that “How To Train Your Dragon 2” is released on Father’s Day.

My father was a drunk. He was also a gambler, a petty criminal, and, on occasion, a violent man. Mostly, though, I just remember him being a drunk.

But an improbable thing happened when I was twelve years old. My father suddenly moved the family to a new state, sobered up, and turned his life over to God. By the time he died, my father had become one of the most well respected men in town and had been instrumental in helping countless others find their own faith through the story of his personal conversion.

It’s funny how things turn out sometimes, isn’t it? Where as a child I had sworn never to be anything like my father when I got older, these days I live in the hope that I’m at least half the man he was. There’s no way around it; fathers cast long shadows over the lives of their sons.

It’s probably no coincidence that How To Train Your Dragon 2 is being released on Father’s Day weekend, because that theme of living up to a larger-than-life dad permeates the movie. As the film begins, five years have passed since the young viking Hiccup, with the help of his dragon pal Toothless, brokered a peace between the village of Berk and the local dragon population. Now, at age 20, Hiccup faces another dauntless challenge. His father, the ever-stubborn Stoick, has decided the time has come for the lad to assume the mantle of village chieftain, and won’t hear anything to the contrary. Hiccup isn’t sure he’s chieftain material, or if he would even want to follow in his father’s footsteps if he were. Hiccup’s main interest is in exploring uncharted lands astride Toothless in search of new dragons.

It’s while on one of these excursions that Hiccup runs afoul of a group of dragon hunters, men in the employ of Drago BloodVist, a vicious warlord intent on conquering the known world with his enslaved dragon army. As is his way, Hiccup attempts to deal with the hunters peacefully, but they’ll have none of it, believing Hiccup to be the mysterious Dragon Rider who has been sabotaging their efforts. Hiccup returns to Berk with news of the impending invasion and offers to act as a peace envoy to Drago, but Stoick, who nearly died at Drago’s hands in the past, refuses to believe peace is possible. Stoick orders the village to prepare for an assault and demands that Hiccup remain grounded. Unsurprisingly, Hiccup ignores his father and takes to the skies to find Drago and convince him to call off the war.

Who he finds instead is the Dragon Rider, a masked woman who captures Hiccup and takes him to a hidden land in which she lives with thousands of dragons. Now if you’ve seen a single commercial for How To Train Your Dragon 2, then you already know the Dragon Rider turns out to be Hiccup’s long-believed dead mother, Valka. After recognizing her son, Valka explains to an understandably bewildered Hiccup how she came to take up with the dragons and why she never returned to her family. She also offers Hiccup the opportunity to leave Berk behind and stay with her to help protect the dragons from men like Drago. For Hiccup, who has been torn over what to do with his life, it’s an offer too tempting to refuse.

At least until Stoick shows up to get him, that is. It would be understandable, based on the advertising campaign for the movie, for anyone going into How To Train Your Dragon 2 to expect the movie to focus on Hiccup and his reunion with his mother. Make no mistake, though, this film is all about the relationship between a father and his son. Stoick was something of a one-note character in the first movie, a hulking blowhard too firmly set in his ways to recognize the merits in his son’s meeker personality. Thankfully, that’s all gone in the sequel.