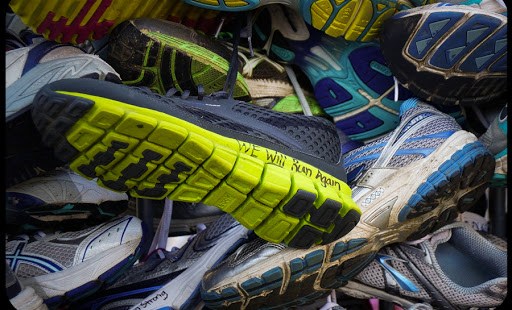 Are Muslims the only terrorists?

In a Washington Post piece entitled, “In the news media, are Muslims the only ‘terrorists’?” Paul Farhi complains that killers Jerad and Amanda Miller and other right-wing extremists have not been labeled terrorists, and claims that the media only applies the “terrorist” label to Muslims who commit acts of violence.

There is no reason why the Millers’ attacks shouldn’t be labeled terrorism. But Farhi’s piece actually suffers from the same distortion and one-sidedness that he claims to see in media coverage. The key flaw in Farhi’s piece is a quote he uses from Ibrahim Hooper of the Council on American-Islamic Relations (CAIR): “Without a doubt, if these individuals had been Muslim, it not only would be called ‘terrorism’ but it would have made national and international headlines for weeks. It was an act of terror, but when it’s not associated with Muslims it’s just a day story that comes and goes.”

Hooper’s own group, CAIR, has been labeled a “front for Hamas” by the FBI. The Justice Department named CAIR an unindicted co-conspirator in the Holy Land Foundation case, when what was once the nation’s largest Muslim charity was discovered to have been funneling money to Hamas. Several former CAIR officials have been imprisoned for terror-related crimes. Its California chapter distributed a poster telling Muslims not to talk to the FBI. Nonetheless, although reporters routinely quote CAIR spokesmen in stories regarding Islam and Muslims, no one in the mainstream media ever mentions CAIR’s ties to Hamas or these other questionable aspects of its record. Instead, they deceptively call CAIR a “civil rights” organization. Farhi himself identifies it only as a “Washington-based group.”

Moreover, Hooper’s allegation that if a Muslim were involved in an act of violence, it would generate headlines around the nation/world is demonstrably false. The real double standard in the media today is the general tendency to downplay the Islamic character of Islamic jihad terror attacks, and the ongoing search for “right-wing terrorists.” The most egregious of this came in the wake of the Boston Marathon bombing. David Sirota wrote in Salon about the same alleged double standard of which Farhi complains, in a piece entitled “Let’s hope the Boston Marathon bomber is a white American.”

Before the perpetrators were discovered, Charles P. Pierce in Esquiretried to associate the bombings with right-wingers: “Obviously, nobody knows anything yet, but I would caution folks jumping to conclusions about foreign terrorism to remember that this is the official Patriots Day holiday in Massachusetts, celebrating the Battles at Lexington and Concord, and that the actual date (April 19) was of some significance to, among other people, Tim McVeigh, because he fancied himself a waterer of the tree of liberty and the like.”

CNN’s national security analyst, Peter Bergen, said that the bombers “might be some other kind of right-wing extremists.” He added that “we’ve also seen other extremist groups attacking, right-wing groups, for instance trying to attack the Martin Luther King parade in Oregon in 2010.”

Even after it became clear that the bombers were Islamic terrorists, the media did its best to ignore it. CNN’s initial profile of the bombers never identified them as Muslims at all, and suggested that they were moved to bomb the Marathon by American xenophobia. In a lengthy profile of the bombers, NBC only mentioned their jihadist motives in passing and only in the eighth paragraph that “Tamerlan had a YouTube page that featured videos about Islamic radicalism.”

When journalists had to acknowledge the bombers’ Islamic identity and motives, they began publishing pieces saying it didn’t matter. Megan Garber wrote a piece in The Atlantic entitled “The Boston Bombers Were Muslim: So?” MSNBC’s Chris Matthews asked, “What difference does it make why they did it if they did it?” PBS went even farther, professing not to know why they did it three months after the bombing, when the bombers’ motives were abundantly clear, and declaring the hope that the trial of surviving bomber Dzhokhar Tsarnaev would “shed more light on the motive behind the bombing.”

The real double standard is decisively in CAIR’s favor. That’s why you’ll never read about it in the Washington Post.

Robert Spencer is the director of Jihad Watch and New York Times bestselling author of Arab Winter Comes to America: The Truth About the War We’re In.