Babies on Our Borders 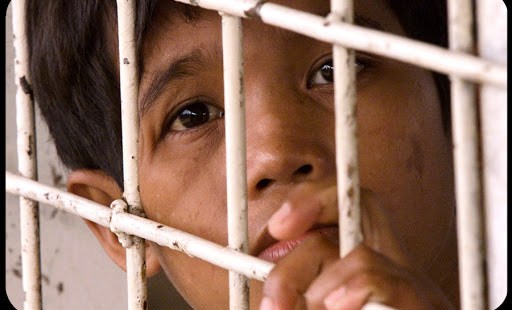 The humanitarian crisis on the southern U.S. border worsens by the day. Photos of kids crammed into the Border Patrol’s chain-link-fenced holding pens would elicit compassion from the hardest heart.

But compassion gives way to outrage when one learns of the dangers and risks these kids have been subjected to in getting to the U.S. border—of a
2-year-old left at the border by a smuggler fleeing border patrol agents, of a
3-year-old El Salvadorean toddler abandoned in a laundromat, of the children “who’ve been
robbed, beaten, raped … some killed,” and
others drowned or missing.

While the influx of children and “family units”—pregnant women and mothers with small children—has been compared to the post-Katrina exodus from New Orleans, this is no natural disaster. Someone or something is responsible for this. We need to investigate who and why and how to stop it.

Many Americans want to see immigration reform that will both (1) secure our borders against the threats posed by terrorists and transnational criminal cartels involved in the trafficking of drugs, weapons and human beings, and also (2) show compassion and generosity, which have always been a hallmark of Americans, by (a) permitting foreign national children to be reunited with their parents who reside illegally in the U.S. and by (b) creating a path to citizenship for those who, while not legal residents, have positively contributed to American society.

Many Americans knowledgeable about the current situation along our southern border believe that this tragedy is the result of policies directed toward the “compassionate” goals to the exclusion of national security goals. And, focusing only on reunification and the merciful treatment of hardworking immigrants here illegally, immigration policies seem to have produced dire, though unintended, consequences.

Among those who believe that the plight of unaccompanied children and mother-baby family units is due to misguided policies are current and
former Border Patrol leaders and the 7,000 agents and officers of the National ICE Council, the Immigration and Customs Enforcement (ICE)
union (and
here). Its members  cast a  unanimous vote of “No Confidence” in ICE Director, John Morton, due to his implementation of policies that agents considered ill-advised and, possibly, unlawful.

A federal district court judge,
the Honorable Andrew S. Hanen went so far as to accuse the Administration of being co-conspirators in the smuggling of children.

What these sources show is a coordinated 5 ½ year-long effort by the White House and Cabinet departments (notably Homeland Security and Justice) to administratively amend U.S. immigration and border security policies, resulting in greatly increased number of immigrants residing illegally in the U.S.  No doubt, the motivation was humanitarian–to allow families to escape the poverty endemic in Central America and to reunite families, but motivations are beside the point.

The point is this: lax border security and current nonenforcement
“inspired” parents residing illegally in the U.S. to pay $6,000-8,000 (or more) to human smugglers (“coyotes”) to deliver their minor children across the U.S. southern border. As Judge Hanen
noted, coyotes are not “bonded childcare providers.” They are part of a vast criminal enterprise under the control of Mexican drug cartels. And after the more fortunate children are apprehended by Border Patrol, processed and handed over by ICE to the Department of Homeland Security (DHS), DHS personnel in essence “will
finish the job of the human traffickers.” DHS completes the smugglers’ jobs by delivering these children to a “relative” or to a parent in the U.S.—a parent, in the judge’s opinion, who had seen fit to abandon them in Central America and subsequently was willing to put their lives in jeopardy by paying criminals to get them over the border.

Is poverty in one’s homeland a valid excuse for violating the law? Many believe it is. But what legitimate grounds exist for entrusting one’s child to ruthless criminals? That’s what these parents have done.

The methods and means used by smugglers to transport and hold aliens subject them to high degrees of risk. Unsafe vehicles and drivers, squalid conditions in stash houses, rugged terrain, and harsh elements create dangerous circumstances. Hundreds of illegal aliens have died in Texas and elsewhere along the border, including 839 in Texas sectors. These include deaths due to environmental exposure (heat and cold), terrain and motor-vehicle related deaths, drownings, other causes, and cases in which skeletal remains were recovered or a cause could not be determined. FY2012 was a record year for such deaths in Texas sectors, increasing 198 percent from 91 in 2010 to 271 in FY2012. …

In addition to these dangerous methods and means, smugglers also regularly use violence, extortion, and unlawful restraint against illegal aliens. In some cases, they are forced to perform labor, and females—including minors—may be sexually assaulted. Some are subjected to physical assaults if payments are not received, and several have died while being held in stash houses in Texas. And just as drug traffickers may attempt to steal drug loads from rival traffickers, criminals sometimes attempt to steal or hijack groups of aliens from smugglers.

How much money are the cartels and coyotes making these days from their human smuggling activities? Multiply the average coyote’s rate ($7,000) times figures for the Rio Grande Valley sector alone, provided by a Texas Democrat Congressman. According to Congressman Henry Cuellar (D-TX), every day approximately
twelve hundred people, including 300 to
four hundred unaccompanied children (an estimated
90,000 children this year) mostly from Guatemala, Honduras and El Salvador, are crossing the river in this sector of southeast Texas (comprising about 110 miles to the southeast of Rio Grande City).

They did not walk 1,200-1,500 miles on their own—crossing national borders and through cartel territories and drug wars—without someone who knows the route and knows whom to bribe to get through.

When they arrive, because these numbers are overwhelming the local Border Patrol facilities, unaccompanied children and “family units”—usually consisting of mothers and babies or pregnant women—are now being transported by bus and chartered planes to a warehouse detention center in Nogales, Arizona where they are processed by Immigration and Customs Enforcement (ICE).

Once processed, family units have been
dropped at bus stations, without any food, water or basic necessities,
possibly in violation of state child abuse laws, to find their way to relatives already in the U.S. They are told to report to a local Immigration and Naturalization office within 15 days, but few do and follow-up is nonexistent for these “low priority” cases.

Unaccompanied children are turned over to DHS/HHS for shelter and eventual foster care or reunion with parents or other relatives living in the United States.

A Senate committee has just
added a second billion dollars to an appropriations bill to care for the children and facilitate their reunion with family members illegally residing in the U.S.

It must be pointed out, as Congressman
Henry Cuellar (D-TX) has noted, that “almost 40 percent of the Border Patrol Agents are not at the border; they are actually filling out paperwork, transporting, feeding, moving these folks around.” This allows terrorists and cartel members (in their capacities as human traffickers, drug and weapons smugglers, for example) pretty much free rein to come and go at will.

Why is the influx of Other-than-Mexican family units and unaccompanied minors happening?

The Administration attributes the new and growing the flood of immigrants to increased gang violence in their home countries. But others, including Guatemalan Ambassador
Julio Ligorria and
border patrol agents have refuted that claim. Although violent gangs may are prevalent in El Salvador, that’s not that case in areas of Honduras and Guatemala from which the teens and family units have been coming.

According to the
Washington Times, “agents interviewed more than 200 non-Mexican immigrants on May 28 [2014], and 95 percent of them said they came because they’d heard they could get a ‘permiso,’ or ‘free pass.” The
Washington Times article goes on to say:


This information is apparently common knowledge in Central America and is spread by word of mouth and international and local media,” the memo reads. “A high percentage of the subjects interviewed stated their family members in the U.S. urged them to travel immediately, because the United States government was only issuing immigration ‘permisos’ until the end of June 2014.