Married Priests? Not Yet 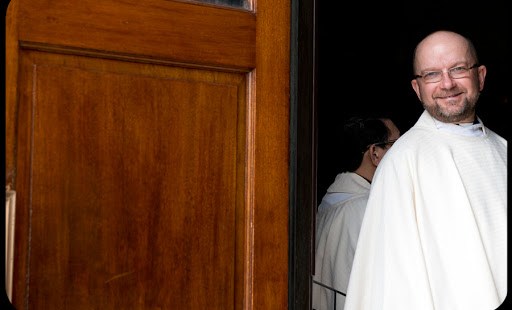 Should the Catholic Church ordain married men to the priesthood?  Yes — but not now.

Why not now?  Because such a move would be correctly perceived as a concession to the sexual values (or should I say disvalues?) of the present secular age. If in this instance the Church were to accept, or were perceived to accept, the “wisdom” of the world, how could it logically refuse to accept the world’s wisdom in a hundred other instances? Our highly secularized modern world, remember, is widely and deeply opposed to the beliefs and values of Catholicism.

When early Protestantism abolished the requirement of priestly (or ministerial) celibacy, it did so as a concession to human nature, but not as a concession to the sexually permissive values of the age. For the early 15th century was not a sexually permissive age, at least not outside the higher classes in Renaissance Italy. In trans-Alpine Europe it was, if anything, just the opposite. Hitherto there had existed an old and widespread belief that a life of holiness could be led only by persons vowed to celibacy, that is, priests, monks, and nuns. Early Protestantism, by contrast, believed that even ordinary laypersons could achieve — or rather, could receive the heavenly gift of — a life of sanctity. Therefore the pursuit of holiness did not need to be accompanied by a life of celibacy.

Nonetheless Protestantism was a serious deviation from the ancient Christian sexual ideal, for that ideal was an ideal of celibate chastity. We can see this in the examples of St. Paul and Jesus himself. (If you wish to reject the idea that the example of Jesus showed that the celibate life is the ideal life, you will have to argue either that Jesus was secretly married or that he intended to take a wife a few years later, after he had given up his itinerant preaching and settled down, perhaps opening a carpentry shop.) We can also see it in Jesus’s comment that in Heaven they neither marry nor are given in marriage. For if heaven is a place of complete holiness, then those who wish to begin living a holy life here on earth should live, as much as possible, a Heaven-like life — that is, a life of celibate chastity.

It is true, of course, that Catholicism always had another sexual ideal, that of marital chastity. But this was a secondary ideal. The primary ideal was always the life of celibate chastity. It is a great historical and theological fact — an extremely unpleasant fact, it must be conceded, for many Catholics, and an utterly absurd fact for secularists — that the virtue of chastity plays an enormous role in Catholic system of religion. The Catholic virtue of chastity is not the virtue of sexual moderation that we find in the ethics of an ancient philosopher like Aristotle. No, the Catholic virtue goes much beyond that; it is a virtue of heroic chastity or hyper-chastity.

And so when early Protestantism renounced the ideal of celibacy, allowing priests/ministers to marry and closing down all convents and monasteries, it departed in a very significant way from the ancient Christian ideal. Yet it wasn’t caving in to a secular culture of sexual freedom. Not at all.  Protestantism retained the old (secondary) ideal of marital chastity and premarital virginity. However, if present-day Catholicism were to allow married men to become priests, this (as noted above) would be seen, and seen correctly, as caving in to our culture of sexual freedom.