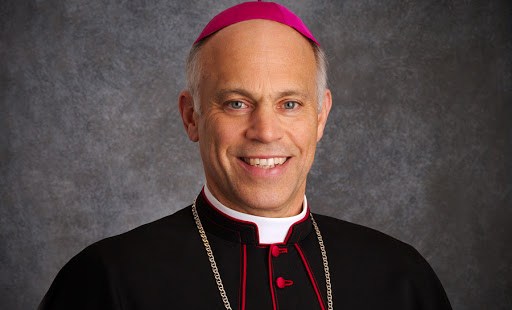 San Francisco Catholic leader responds to calls for him to skip March for Marriage.

The archbishop of San Francisco plans to speak at a pro-marriage rally in Washington Thursday, in spite of calls from political and religious figures from his hometown to skip the event because they allege that it and its organizers are hateful.

Former San Francisco Mayor and now California Lt. Gov. Gavin Newsom and a host of others wrote an open letter to Archbishop Salvatore Cordileone, and thousands of people signed an accompanying petition that he stay home from the March for Marriage in Washington, D.C., June 19.

"We ask that you will reconsider your participation and join us in seeking to promote reconciliation rather than division and hatred," said the letter.

Separately, House Minority Leader Nancy Pelosi, who represents San Francisco in Congress, wrote to Archbishop Cordileone, invoking Pope Francis’ oft-quoted line regarding homosexuals who sincerely seek God—”Whom am I to judge?”—to urge the archbishop to cancel his appearance at the march.

Her letter, which was private but was apparently leaked to the San Francisco Chronicle (a spokeswoman for the archdiocese told Aleteia the letter that the archdiocese did not release it to the public), characterized the event as "venom masquerading as virtue."

"We share our love of the Catholic faith and our city of San Francisco," Pelosi wrote to Archbishop Cordileone. She alleged that some participants of the March for Marriage show "disdain and hate towards LGBT persons."

But Archbishop Cordileone, who also serves as chairman of the U.S. Bishops’ Subcommittee for the Promotion and Defense of Marriage and was instrumental in raising $1.5 million to get a pro-marriage initiative on the ballot in California in 2008, has reaffirmed his support for the event, while appealing to critics to avoid judging marriage supporters before getting to know them.

“The March for Marriage is not ‘anti-LGBT’ (as  some  have  described  it); it  is  not  anti-anyone or anti-anything,” the archbishop wrote in response to the letter signed by Newsom, San Francisco Mayor Ed Lee and others. ”Rather, it is a pro-marriage March. The latter does not imply the former. Rather, it affirms the great good of bringing the two halves of humanity together so that a man and a woman may bond with each other and with any children who come from their union. This is precisely  the  vision  promoted  by Pope Francis,  who  recently  said,  ‘We  must  reaffirm  the right of children to grow up in a family with a father  and  mother.’ Rest  assured  that  if  the point  of  this  event were to single out a group of individuals and target them for hatred, I most certainly would not be there.”

“Please do not make judgments based on stereotypes, media images and comments taken out of context,” he continued. “Rather, get to know us first as fellow human beings. I myself am willing to meet personally with any of you not only to dialogue, but simply so that we can get to know each other. It is the personal encounter that changes the vision of the other and softens the heart. In the end, love is the answer, and this can happen even between people with such deep disagreements.”

The archbishop expressed satisfaction that he and his critics share a “common disdain for harsh and hateful rhetoric,” but pointed out that such rhetoric can be found on both sides of the debate.

“In fact, for those who support the conjugal understanding of marriage, the attacks have not stopped at rhetoric,” he said. “Simply for taking a stand for marriage as it has been understood in every human society for millennia, people have lost their jobs, lost their livelihoods, and have suffered other types of retribution, including physical violence.”