One-Quarter of American Catholics Cheat on Their Spouses? 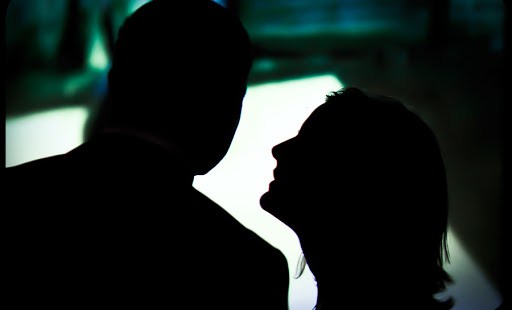 Survey shows that Catholics are not as good as we would like to think.

Are you willing to cheat on your spouse? According to a recent survey reported in the New York Daily News, nearly a quarter of Catholics say "yes." However, like most statistics, the results require some sifting.

First, the basic background: A survey by the website AshleyMadison.com, which is dedicated to helping spouses cheat, found that almost 23 percent of its clientele claims to be Catholic. 25 percent of those using the site are Evangelical Christians, and almost 23 percent of survey respondents are Protestants.

This survey raises a number of important issues that should concern all Catholics faithful to the teachings of the Church.

Before getting into the guts of the survey, it’s important to note: people on AshleyMadison.com are already in violation of Church teachings. To claim the survey is representative of Catholic behavior is misleading, to say the least.

Yet, clearly, some media sources are reporting on the survey. So rather than dismiss it, we need to look.

The most blatant statistic in the survey is the sheer number of people violating their marriage vows willingly, and causing widespread damage to their souls, their marriages, their children, and their communities. The survey, based upon 105,000 respondents, includes 63,000 of those who live in the United States. Of that number, about 23,000 American Catholics are cheating on their spouses—and they are only a representative sample of the enormous traffic on AshleyMadison.com, which conducted the survey.

In other words, potentially millions of Catholics are using a website to for the single purpose of infidelity.

Those who cite Catholicism as their religion are creating scandal among believers. According to the Catechism of the Catholic Church, "Scandal is an attitude or behavior which leads another to do evil. The person who gives scandal becomes his neighbor’s tempter." Respondents to the AshleyMadison survey certainly qualify.

This creates the impression that infidelity is acceptable. To quote Ashley Madison’s founder from the Daily News article, "You can go and pray every Sunday, or Saturday, or three times a day, and it may not make a difference in how monogamous you are.”

Catholics are supposed to lead society to God. These respondents are failing to do so.

This gives Catholics a black eye in a culture that already makes Catholics a target. While sometimes that targeting is justified—the priest abuse cover-up rightly left the Church with work to do to earn back public trust–it is too often an excuse to weaken the Church’s influence in American culture.

So-called "Catholic" respondents to this survey are giving credence to the idea that religion fails to matter much when it comes to divorce and marriage (in general). And so, opponents of the Church’s teachings on marriage will have yet another weapon to aim at us.

Most important, however, the respondents clearly aren’t Catholic, in the true sense of the term, because faithful Catholics don’t cheat on their spouses. But by claiming to be Catholic, respondents give the wrong impression to the public about what it means to be Catholic and married.

Who knows why these respondents claim "Catholic" as their faith? They clearly aren’t Catholic by lifestyle, as evidenced by their mere presence on AshleyMadison.com, which is specifically targeted to people who want to cheat on their spouses. Regardless of their reasons, they are helping to spread inaccurate information on what "Catholic" means.

One indicator is apparent in a recent Pew survey. According to the Pew Forum, almost 24% of adults identify as Catholic, yet, for many, their “Catholic” faith is cultural rather than personal. Too many Catholics claim the faith