Our Secret Alliance With Iran 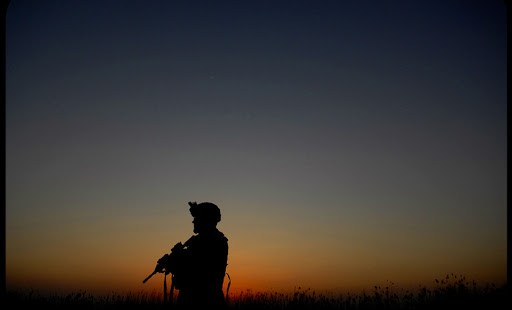 For U.S. agencies focused on Iran, a big week looms. Events of the past few days mean that the Obama administration now has no alternative to acting very closely with Iran, and must decide the conditions for dealing with our newest and most significant military ally. Much more difficult will be the chore of keeping that alliance secret from much of the world, including U.S. lawmakers.

The near-collapse of the Iraqi military leaves the Americans precious few alternatives. The Islamic State of Iraq and al-Sham (ISIS) does not presently have the capacity to occupy Baghdad, unless an attack is accompanied by mass risings of the city’s Sunni areas. In coming months, though, it presumably will strike more widely, strangling what remains of the Iraqi state, and threatening Kurdish areas. We would have to imagine an ISIS state covering much of Iraq and (at least) Eastern Syria, with huge oil wealth, and inheriting most of the military supplies that the U.S. left in the region.

The results for Iraqis themselves would be catastrophic. Within that country, ISIS draws its support entirely from the Sunni Arab minority, perhaps a fifth of the total population, and it could only rule larger ethnic groups through vicious terror and forced depopulation. It is an intolerable prospect.

So how does the U.S. respond? Politically, a direct U.S. military presence is unthinkable, leaving only the option of proxy forces. Neither Turkey nor Iraq-Kurdistan has the will or means to launch the full-scale invasion that would be required to suppress ISIS. To the contrary, Kurdish regions themselves could be targeted heavily.

Fortunately, though, there is one wonderfully placed potential ally in the region, an experienced military power with a deep commitment to the present Iraqi regime, and an intimate cultural bond with the nation’s large Shia majority. That nation is Iran, which is optimally placed to fight ISIS and to protect threatened Shia populations. Considerations of brotherhood apart, the last thing the Iranians want to see is the arrival of millions of Shia Iraqi refugees on their territory. Already, Iran has sent some thousands of soldiers to help the Baghdad regime, but much more is needed to achieve any lasting effect.

The U.S. knows all this very well. It also knows that the West has succeeded in a lengthy campaign to make Iran an international pariah, and years of sanctions have degraded the country’s once-mighty military capacity. Somehow, the U.S. has to balance two irreconcilable goals: destroying ISIS and containing Iran. One of those goals now has to end, at least for the foreseeable future.

At first, expect a stealth U.S.-Iran alliance, without public statements or Rose Garden diplomatic love feasts. Probably, the U.S. would begin with limited aid in the form of intelligence sharing and surveillance images. We might also expect to see the growing Iranian forces in Iraq to be surprisingly well-equipped, not of course with U.S.-made weapons or transport, but Washington would be the ultimate benefactor. Contractors and middlemen would handle such equipment transfers, providing some small degree of deniability.

We would also expect coordination between the two sides in launching air strikes or drone attacks. If ISIS leader X is a particular bane to Iran’s forces, U.S. drones will conveniently remove him. Also, don’t be surprised about the exposure of major al-Qaeda-linked terrorist plots in coming months, as the Iranians share what information they have about international threats by ISIS partners.

Perhaps such efforts would be enough at least to contain ISIS, but if they are not, far closer collaboration would be needed. The U.S. would de facto concede Iran’s informal rule over the Shia regions of southern and central Iraq.