I Didn’t Want to Live Anymore, Then I Met Him… 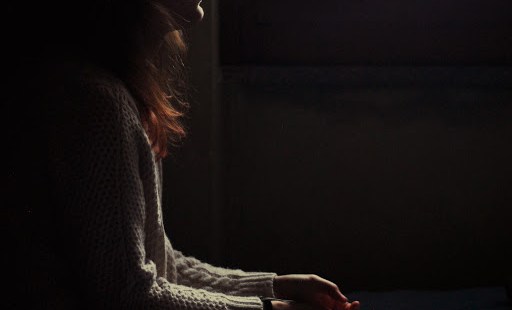 How Jesus in the Eucharist saved me.

Today is the feast of Corpus Christi: the Holy Body of Christ.

There was a time, not too long ago, when I thought all was lost in my life and I couldn’t go on living any more. It was the Body of Christ that saved me.

I was raised in a pretty normal albeit free-range family. My mum was Catholic so raised us in the faith. I was really close to my family, I had great friends and a happy and easy school life. I had a strong faith and sense of morality, which kept me firm and grounded as a young adult. In other words, life was good.

I went to Peru after high school and lived with some sisters in a shantytown on the outskirts of Lima, where I worked as a missionary in the community. It was a fantastic experience, and I went to mass daily, which took me further along in my faith, even if – although I didn’t realise at the time – something fundamental was missing.

Then I was off to university to study philosophy – very elegant but very secular philosophy. In fact, I am ashamed to say that in three whole years, the notion of ‘God’ was barely brought up once. They taught ancient Greek philosophy, then skipped the whole of the patristic and medieval periods (i.e. no Augustine and no Aquinas along with many other great Catholic thinkers who are milestones in the history of thought) and went straight into modern and contemporary philosophy.

Through studying this very secular philosophy as well as being immersed in such a secular environment (and having my fair share of wild university fun), I saw a gradual decline in my faith. I never renounced it, even to myself, but in my heart of hearts I didn’t believe.

The main problem was my arrogance. In selfish pride  I put myself with my own rational capability in God’s place, at the centre of existence, as judge and juror, and as a result I slowly became closed to His grace.

Now, while I was going through this crisis of faith, which had become to occupy the forefront of my thought, my life completely fell apart.  I lived through a terrible trauma, which actually lasted for many years. At the beginning of this difficult time I found myself living in London, with no money, no job, no friends, dire family circumstances, I felt completely alone in the world, and I found that I had no faith to turn to, no hope. I went to church and felt nothing when I received the Eucharist. I felt dead inside and entered into a state of total despair.

I stayed inside for days at a time, didn’t dress, barely said a word and drank a lot of alcohol. I just couldn’t see a way forward in life and completely gave up.

Then after a little while of not seeing a reason for living, I thought: ‘enough of this! I want to get my faith back; I want to find some other Catholics, and I want to escape from this despair.’

So I said to myself ‘where are all the Catholics?’

I subsequently typed in Google: “masters in philosophy and science in Rome” and one of the first links that came up took me to a Licentiate (masters) at the Gregorian Pontifical University. After looking at the syllabus, I thought to myself ‘that will do!’ So I packed my bags and immediately made for Rome.

After having got lost, fined 50 euro on the metro for not stamping my ticket properly, and getting done over by the taxi man, I finally found my way to the bed and breakfast I had booked into for the first week, while I looked for somewhere to live. It was ran by the sisters of St Joseph – the very same order who I lived with in Peru. And to my everlasting surprise, who turned out to be living there? But the mother superior I had lived with, and loved dearly, four years earlier in the shantytowns of Lima!

“OK Lord” I said once I picked myself up off the floor from shock, “I’m listening!"

Then about a week later I met a magnificent girl, Rebecca, from Chicago, who invited me along to an international youth centre that she frequented, the Centro San Lorenzo (CSL), founded by Saint John Paul II. Being completely alone, I gladly said yes.