The Devil Goes Down to Fargo 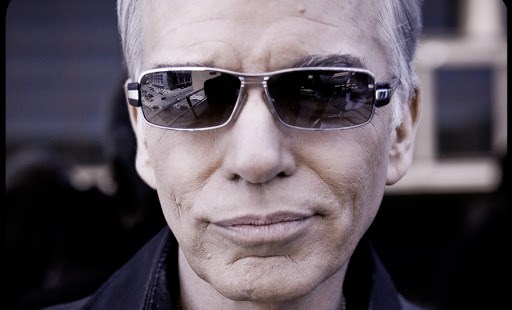 New series builds on the Coen brothers original to deliver a drama about damnation.

FX’s 10-episode series Fargo opened with a similar disclaimer to the 1996 movie of that title: “This is a true story. The events depicted took place in Minnesota in 2006. At the request of the survivors, the names have been changed. Out of respect for the dead, the rest has been told exactly as it occurred.”

Those words were intended not as a lie, but as notice that viewers would be entering into the same world as the original story, at a later point, with a different cast of characters. Fargo the movie is a dark comedy set in Fargo, Minnesota in 1987.

The film is about a failing businessman who hatches a plot with a couple of bungling bad guys to get out of a hole. This goes murderously wrong. The very pregnant local police chief Marge Gunderson (played by Frances McDormand) must find a way to set things to right while entertaining us with her Minnesota twang.

Fargo the TV show is considerably darker. Billy Bob Thornton plays Lorne Malvo, a man that USA Today characterizes as a “malevolent drifter” and that Thornton himself says “symbolizes that sort of spirit in the world that ultimately brings to the surface who people really are.” Who people “really are,” according to Malvo, is apes, wolves, predators, and worse.

Malvo aims to sever people from their faith in God and man. As the series progresses, we watch him set brother against brother, husband against wife, all against all. He’s a murderer, a liar, a tempter, at times a force of nature. In other words, he’s the Devil. This is something that people trapped in this drama come to appreciate. The question that they, and viewers, wrestled with is, “Can you kill the Devil?”

The cast of Fargo TV is utterly, utterly superb. Thornton should win something for Malvo, but so should Martin Freeman for playing repressed insurance salesman Lester Nygaard, Allison Tolman for Deputy Molly Solverson, and Colin Hanks (son of Tom) for his turn as the police officer who should have been a mailman Gus Grimly. The so-called supporting cast is just as good, if not better, including Bob Odenkirk, Adam Goldberg, Oliver Platt, Keegan-Michael Key and Jordan Peele (yes, Key and Peele), and Keith Carradine.

These actors works together with writer Noah Hawley to paint a picture of what that famed “Minnesota nice” looks like, with its neighborliness and thick accents and aversion to strong language. They also work to show us what I guess we should call “Minnesota dark,” with its organized crime and strip clubs and horrible bullies that the nice people try to ignore.

However, when Malvo comes rolling into town, the nice people can’t just look away any longer. This outer demon eventually forces them to confront their inner ones. “The Devil made me do it,” is no longer a polite evasion when you’ve stared him right in the face.

Jeremy Lott is an editor of Rare.