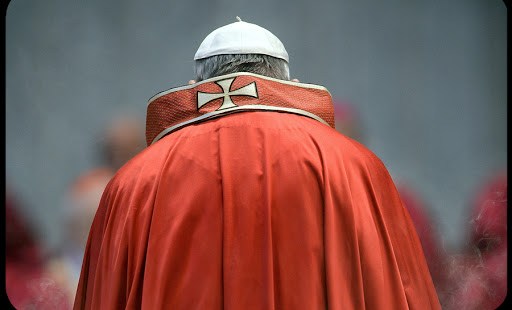 Why Pope Francis should consider taking a break this summer.

Pope Francis has been looking tired of late. Wednesday audiences for the month of July are cancelled. He’s pulled back from other appointments and has even cancelled his daily Mass at St. Martha’s during July.

Some reports voice concerns about his health while the Vatican spokesman assures us that the Pope is healthy and is simply taking some down time. The pope is seventy seven years-old with only one lung. One alarmist report suggests that he may be gaining weight because of a chronic heart complaint.

Is Pope Francis sick? Will this papacy be tragically cut short?

These are no more than rumors. The Pope is strong, but tired.  Common sense suggests that Pope Francis needs a holiday.

John Paul II famously took hiking holidays to get a change of scenery and recuperate. Francis’s predecessors would also take a vacation at Castel Gandolfo where they could unwind, enjoy some privacy and charge their batteries. The athletic John Paul even had a pool installed so he could exercise. It seems that Pope Francis has rejected the idea of vacations at Castel Gandolfo — perhaps in the same spirit that he has chosen not to live in the Apostolic Palace.

While his desire for significant gestures is admirable, and his obvious relish for hard work and personal sacrifice set a great example, it is important, I think, for him to carve out some time away. Even if he doesn’t retire to Castel Gandolfo for the summer everyone hopes he will be able to get some time to gather his energies for the next battle.

He’s not the only one who needs a rest. Many priests find it easier to stay busy in the parish than to take time off. So much needs to be done, and for those who micro-manage there is no one else to take over. Priests find it difficult to get cover for their parish duties and a vacation on their own as a celibate man is not always an attractive idea. To go on vacation is an extra expense and going alone may be depressing. So they stay and push themselves even harder.

In addition, many priests and religious consider a “vacation” to be somewhat of an indulgence. They think it means they must lie on a beach or sit around doing nothing. That sounds like slothfulness and a waste of time. They worry that they will be spending parish money on frivolities or the idea of a vacation seems like a luxury if they have taken a vow of poverty. Do such concerns play a role in Pope Francis’s attitude?

When John Paul II was challenged about the cost of having a pool installed at Castel Gandolfo, he joked, “It’s not as expensive as a conclave!” He was certain that vacation time was a good investment and physical exercise was crucial to a healthy ministry.

Maybe the pope and our priests should look at it differently. Let’s not call it a vacation, but a retreat. Jesus left the crowds regularly to spend time alone in the mountains praying. He gave himself down time — not to sprawl in the sun or prop up a bar drinking cocktails. He didn’t go on a luxury cruise, eat too much and party until dawn. But he did get away to listen to his Father, re-focus his intentions and set priorities.

The value of a vacation is to get a change of scenery and allow the heart and mind to re-consider life from a fresh perspective. When we combine the new setting with prayer and a couple of new books, we begin to see the world, our lives and the spiritual life from a wider viewpoint. A different setting and daily schedule kicks us into a new way of life for a few weeks. This helps us return to ministry refreshed and ready to serve.

The Catholic Church and the world need Pope Francis at this time. He brings a surprising outlook to every aspect of our stressful and confusing modern world. He brings the Gospel alive in our world in a marvelous way. Let’s hope and pray he returns to his duties after a summer break ready to confront and confound our expectations with his unique gifts and extraordinary leadership.