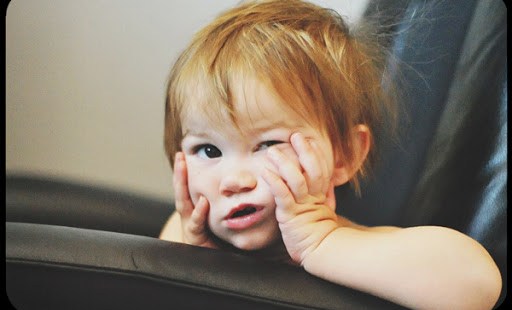 Yes, VIrginia, there is a way to discipline kids without resorting to violence and intimidation.

Redirect, a lot. If you intervene early you can often redirect behavior, rather than resorting to negative consequences. Good redirection requires a creative and attuned parent. Ask yourself, “Why is my child misbehaving? What does he or she really need?” Aggressive behaviors usually require physical redirection. For example, if a child is snatching toys or yelling, they might need to ride a bike outside for a while.

Set clear expectations. Write a list of family rules. We have “The Berchelmann 10 Commandments.” It starts with “Attitude is a choice,” and includes other items such as “Pick up after yourself,” and “Be grateful, not jealous.” Family rules are especially powerful when a child breaks one. Rather than lecturing a child on jealousy, I just smile and say, “Be grateful, not jealous.” When they leave their shoes on the floor I just point to shoes and say, “What’s #3?”
Rules and expectations don’t work unless they are simple, clear, and discussed frequently. We discuss our rules every morning at a family meeting, which can be in the car or over breakfast. Some days we run through the whole list, other days we pick one rule to focus on it as a family, other days kids each pick one rule they are going to work on themselves. At dinner, we talk about it again and praise kids for successes.

Label behavior. Instead of getting angry, label behavior. I got this from Sesame Street—there’s one scene where Cookie Monster is accused of lying about stealing cookies. Frustrated and upset, Cookie Monster says, “Me glutton, not liar.” If Sesame Street can use words like “gluttony” to label behavior, so can I. So now we use words like “gluttony,” “patience,” “kindness,” “diligence,” and “charity.” It sounded weird at first, but now I love it when six-year-old tells her teasing brother, “That’s not charity!”

Get a behavior and chore chart. Kids need lots of reminders, but parents shouldn’t be the nag. A chore chart excuses the parent from lecturing kids about their responsibilities. We use an iPad app, Chore Pad HD, and kids have to electronically check off their reminders each day in the afternoon. Your chart can include behaviors as well as chores, for example: “Didn’t fight with sister,” or “had good table manners.” Chore Chart HD syncs with our cell phones, so kids can put in their check marks while we are on the go. If we identify a new problem behavior, it goes on the chart.

Be on the same page with other child care providers. What positive reward systems are in place in your child’s classroom?  If they are working at school, try them at home, too. Rules at school and home need to be as similar as possible.

Express love with both words and touch. Say, “I love you,” especially when they are misbehaving. Touch your children every day, especially older children. Every child needs physical touch. If you don’t touch them, they will find someone else who will.

Praise effort, not outcome. Try to praise ten times as often as you correct, but praise in the right way. Praise effort, not outcome. Too much praise can actually have an inverse effect on children’s achievement—it can set the bar too high and lead them to fear of failure. Po Bronson of the New York magazine wrote an excellent summary of the powerful research behind this paradoxical effect.

When all else fails, resort to corrective discipline, or negative consequences. Usually this means time-out for little kids, essay writing for older kids. I often have older children write letters of apology for misbehavior. If a child is really angry, consider a physical punishment such as yard work, or running around the back yard. Have a list of negative consequences in the back of your head, so you can pick the right one at the right time.