Can You ID the Devil? 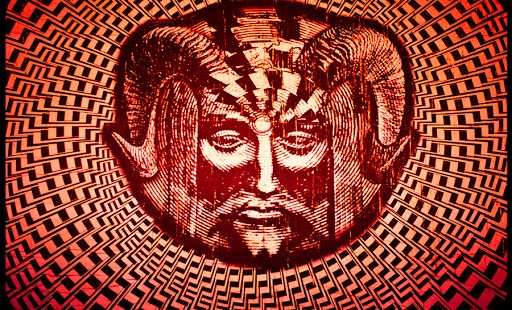 The Chief Exorcist of Rome explains how the devil does appear.

In a short interview with Rome’s Chief Exorcist, Fr. Gabriele Amorth, reporter Stefano Stimamiglio asks what the devil looks like.

Father Gabriele: The devil is pure spirit, he has no corporeal substance and therefore cannot be represented in a form we can fully comprehend. This also applies to God’s angels who, if they wish to appear to men, must take on characteristics and features we can understand. One example is the Archangel Raphael, who in the Book of Tobit accompanies young Tobias on his mission in the form of a young man.

Returning to the devil, what we can say is that he is much uglier than anything we can even remotely imagine. His hideous appearance derives from the fact that he is immensely distant from God; and he is so by his explicit and irrevocable choice. We can deduce this through a logical argument: if God is infinite beauty, it clearly follows that one who decides to distance himself from God must be the opposite. I want to say, however, that these are theological arguments based on divine Revelation. We cannot prove it apart from our faith.

Stefano: How, then, should we imagine him?

Fr. Gabriele: We need to put aside images derived from traditional iconography, with the devil with horns, a tail, bat-like wings, claws and fiery eyes. Being pure spirit, naturally he cannot “embody” these features. Of course, these images help us to fear his attempts to influence us – and we have good reason to fear them if we do not rely on God! On the other hand, secular and somewhat jaded people of the 20th century run the risk of making the devil seem to be a medieval throwback, a cartoonish character of yesteryear. This is a great risk, and this is a great service to him!

Stefano: Allow me to press the point. How ought we to imagine him?

Fr. Gabriele: When he is forced to manifest himself, by the will of God or for some other spiritual cause, he shows himself in a manner consistent with what he wants to communicate: a monstrous animal, a person similar to Mephistopheles or other forms. … The most “colorful” example of this, it seems to me, is the case of St. Pio of Pietrelcina. Sometimes satan would show himself to this great saint as a vicious dog, sometimes in the guise of Jesus or the Virgin Mary, at other times under the guise of Padre Pio’s confessor. Often he even appeared as the Father Guardian of the friary who commanded him to do something. By verifying the order first, Padre Pio knew that he had had a vision of the devil. And there were even times that the devil appeared as a beautiful naked girl, so discernment is not a simple matter.