When I Finally “Got” St. John of the Cross 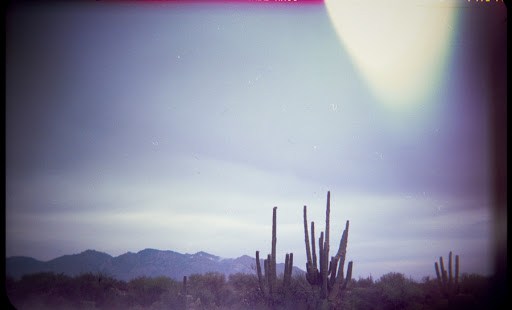 Lessons from the Sonoran Desert.

I once did a retreat near the Sonoran Desert.

“Each Friday is observed as ‘Hermit Day,’” read the laminated schedule in my room. “In complete silence and modified fasting, we commemorate the passion and death of Christ and do so in solidarity with workers for justice and peace and with victims of injustice.”

I was way behind the idea of Hermit Day; in fact, I wished every day were Hermit Day.

Somewhere around the 48th hour of any retreat I realized that I don’t really want to be a guest, or a visitor, or a retreatant; I want you to go away and leave me your fully-stocked place that I can stay in alone. I will talk to you, and I will be gracious, interested, attentive, and sincerely, even abjectly grateful—but I’d still be happier alone. By happy I don’t mean free from pain.

Was Christ “happy?” I sometimes wondered. Nietzsche said that Christ never laughed, but I refused to believe that the Son of Man hadn’t cracked up at a good black humor joke.

With my room nicely cooled down the second morning, I thought, These poor fussy nun folk want to be all shut up and safe: they would not know how to truly enjoy nature and the desert like a free spirit such as myself. So I will just turn off the A/C, open my windows, and the screens will let in the lovely desert air! Fifteen  minutes later, almost perishing of heat stroke, I had to stagger over, slam shut the windows, draw the curtains, and re-blast the A/C to frigid for the remainder of the day.

Similarly, as I was leaving for a post-dinner hike that night, Sister Kathy suggested, “Best bring a flashlight. And be sure to wear good shoes!” Again I thought, How timid and lame. I will just march pluckily off and have a good tramp. So I set off down the trail she had pointed out, and easily made my way to the wash she had said to walk down for about a city block, and after I’d gone a way thought to retrace my steps and mark where the trail had come out, because trails through cactus and underbrush can be kind of sketchy, and paths can look like trails that aren’t.

So I went back, found what I thought was the right trail, decided I’d better follow in for a bit to make sure, and within minutes found myself surrounded by impenetrable stands of cholla and saguaro. With the sun sinking fast, I literally started sprinting, caught sight of the roof of the chapel, headed that way, lost sight of the roof, and might be floundering out there still, or dead, my skeleton stripped clean, if I hadn’t finally spotted, and sheepishly made my way toward, the stations from the outdoor Way of the Cross behind the retreat house, saved by “Jesus Falls the Third Time.”

With all that, I was deeply grateful to the folks at the retreat house, who showed the fruit of their lives of prayer by being welcoming, solicitous, helpful, kind, and best of all, leaving me to my own devices.