Catholics on the Front Lines at the Southern Border 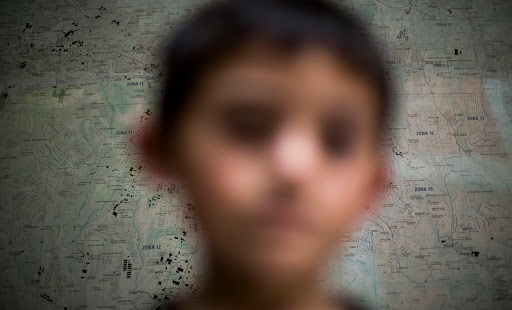 Hundreds of children and teenagers from Central America – unaccompanied by any adults – cross the Rio Grande in south Texas almost every day to surrender themselves to the custody of U.S. Customs and Border Protection agents.

"They’re saying, ‘Save me.’ These aren’t people on the run, trying to escape or sneak across the border in the darkness of night," said Kim Burgo, senior director of disaster response operations for Catholic Charities USA.

Burgo said CCUSA is partnering with the Federal Emergency Management Agency and other Catholic agencies to provide temporary shelters and social services to the thousands of unaccompanied young migrants who have been crossing the border in recent months. Since October 2013, more than 48,000 child migrants have been caught at the border. The government expects 90,000 minors to cross the border this year and another 140,000 in 2015.

The overwhelming majority of the young migrants are from Central America’s "Northern Triangle" – Honduras, Guatemala and El Salvador. The minors tell Border Patrol agents they left their home countries because of the extreme violence perpetuated by drug cartels and gangs like MS-13 and 18th Street. Immigration advocates say the gangs forcibly recruit the boys, and pressure the girls for sex, on the threat of death or violence to their families.

"We hear stories of gangs trying to recruit a neighbor who didn’t want to join, so they killed him," said Melissa M. Lopez, the executive director of Diocesan Migrant Refugee Services in El Paso, Tex.

A United States Conference of Catholic Bishops delegation visited Mexico and Central America last year and said it found violence to be the "overriding factor" to explain the mass youth migration.

"We would say the difference-maker here is the increase in violence over the last three to five years, driven by the gangs and narco-traffickers in the region who prey upon young kids in their homes, on the streets, in their schools. It’s hard to escape them. They are so pervasive in those communities," said Kevin Appleby, the director of the USCCB’s Office of Migration Policy and Public Affairs.

A combination of other factors, which Appleby described as a "perfect storm," is also contributing to the youth migration, according to the USCCB analysis.

Families are sending their children north for economic and educational opportunities because of the extreme poverty and government corruption in Central America. Family reunification is another reason since many of the young children and teens have at least one parent and other relatives already living in the United States. The violence and lack of opportunities have resulted in the breakdown of poor families.

"The research shows that being victims of violence and victim of corruption increases your intent to migrate," said Mary Small, the assistant director for policy at Jesuit Refugee Services.

"If your brother has been murdered, and you go to the police, rather than help you, they demand a bribe. You quickly learn the government is not willing to help you," Small told Aleteia.

Critics of President Barack Obama’s immigration policies say the violence and corruption in Central America are simplistic answers to explain why the numbers of unaccompanied minors have dramatically spiked in the last two years.