It’s 1968 All Over Again: Progressives’ Wishful Thinking and Inevitable Disappointment 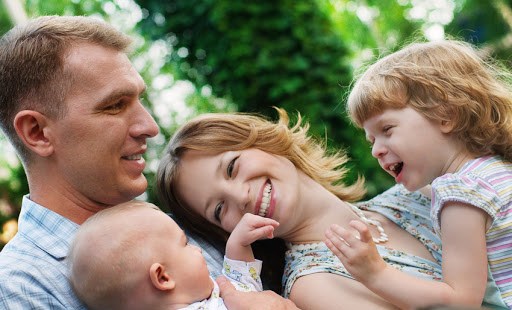 The just-released working draft for the Synod on the Family should stop a lot of wishful thinking.

We seem to be living 1968 all over again. In the long lead-up to Humanae Vitae, many Catholics, and virtually all the self-styled intelligentsia, assumed that Pope Paul VI would be swept along with the winds of change and endorse The Pill. Since Pope Francis announced the October 2014 meeting of an Extraordinary Synod to address “The Pastoral Challenges of the Family in the Context of Evangelization,” speculation has been rife about the impending revisions of Church doctrine regarding marriage and the family.

The world seems to be waiting for Pope Francis to don a Superman cape over his white cassock and boldly vanquish major ecclesial “No’s”–to same-sex “marriage,” to cohabitation, to divorce and “remarriage.”

And yet, like 1968, the world will be in for a shock when the Church’s teachings are reaffirmed, not relegated to a trashheap. The just-released Instrumentum Laboris– a summary of the responses received from bishops throughout the world in preparation for the Extraordinary Synod–will put to rest much of the speculation.

The world’s bishops have taken stock of today’s cultural landscape with respect to marriage and the family and have found a serious lack of understanding–and therefore, living–of the Church’s teaching. It comes as no surprise to those in the trenches, (or even to those who just pick up a newspaper occasionally). We’ve all seen headlines about the legalization of same-sex “marriage.” We’ve all observed a blasé attitude toward marriage among family, friends, neighbors or colleagues, attitudes that non-judgmentally condone contraception, cohabitation and divorce. But for the Church’s hierarchy to acknowledge the difference between the faith and how it’s lived is an important admission.

There are plenty of questions regarding who might be to blame–Are parents catechizing their children? Were the parents ever formed? Are priests preaching or advising properly in confession? Are bishops promoting defense of the family as a priority? Are marriage preparation programs adequate?

The tone of the document, however, is not to find a scapegoat; it is to acknowledge that something must be done. The victims of our marriage-destructive culture are many and are identified in the document–children of divorce, single mothers, spouses remaining faithful to wedding vows though separated, abused women and children, those living in canonically irregular situations and so forth. The document reveals that the bishops are aware of the grave challenges now facing the world and of the way these challenges converge and relate to the family, the fundamental cell of society.

It is easy to stare at a laundry list of societal ills and feel overwhelmed by all that needs to change for a culture of life and a civilization of love to flourish. Yet, the bishops instead make frequent appeals to the value of a couple’s witness as a key point in fostering an authentic pastoral response–

“a witness which is consistent with not only Christian teaching on the family but also the beauty and joy which permits the Gospel message to be embraced in marriage and lived as a family. Pastoral ministry for the family also needs to follow the via pulchritudinis (‘the way of beauty’), namely, by a witness which attracts others simply because the family lives the Gospel and is constantly in union with God” (No. 59).

While Pope St. John Paul II’s theology of the body is only explicitly mentioned twice within the document (once as the “catechesis on human love” and once as “theology of the body”), the language and values of his work permeate the suggestions of the bishops. Concepts like the gift of self, the domestic church, the need for an adequate anthropology, seeing marriage as a vocation, and the image of the Trinity within the family are stressed throughout.