Parents and the Sexual Orientation of Their Children 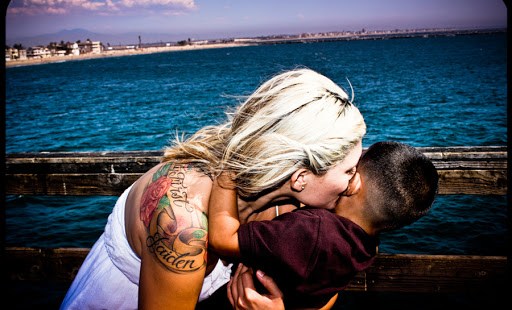 Former homosexual, now helping others overcome same-sex attraction, has some advice for parents.

He recommends "that parents welcome and embrace the feminine world of their sons just as mothers do the same with the masculine side of their daughters…. You will see how these children will naturally return to their sexual orientation according to their sex."

He spoke recently about his work and issues involved in leaving the gay lifestyle.

You said that healing homosexuality is not curing a disease. So is it a matter of helping the person to live out their sexuality better?

Indeed. There are different reasons why someone would feel attracted to the same sex. Therefore, if we help them identify those reasons and then solve each of these aspects, they will not have to suffer homosexual experiences after that process. We try to help resolve the causes so that they can become free.

On what basis do you hold that the natural condition of man is heterosexuality?

Simply by biology, which shows that men and women combine perfectly in the physical aspect. Any homosexual comes from a heterosexual couple. We know what causes homosexuality, so we can prevent those causes. In my new book Gay Children, Straight Parents (Libros Libres), there are 12 principles that families can follow to help their gay and lesbian children to change or to prevent these situations, because we are biologically designed to be heterosexual.

It was recently said on a TV show that a 2- or 3-year-old is aware of when their sexual orientation is different from their gender. What do you think about it?

I have seen, as a therapist and in the scientific literature on the subject, that if a child develops or acts not according to their sex, it means that a boy is very feminine or a girl is very masculine. We have found that there are three generations prior to the child in which the father-son bonds are either nonexistent or very weak.  In this sense, the same thing happens with women, since it is in the fourth generation that a girl acts in a masculine way. In short, they are not born gay, lesbian, or transgender.

St. John records that when the disciples asked the Master who was responsible for the blind man’s condition, Jesus replied that neither [he nor his parents] was guilty. Rather, it is because the work and the mercy of God would be manifest through his illness.

Therefore, these children who act contrary to their sexuality are the blessing to restore the bonds of all their families. If the little boy likes to play with Barbies, the father has to join the world of the child and ask him what he likes about Barbies. The boy will say that he loves her blond hair, her pink dress, her heels… and the father will support him in these comments, by which he will be joining into the emotional world of the boy, who will feel welcomed and loved by his father as he is. Then the father will take the child to the world of masculinity and both will play with gadgets and more masculine sports.

Fathers who participated in the feminine worlds of their sons and mothers who have done the same in the masculine worlds of their daughters find over time that all these children naturally return to the sexual orientation that goes with their sex. In this way they are restoring a generational curse of at least three generations in which there were barely any bonds between father and son and between mother and daughter (George Rekers has published several studies on this issue).