A Victory for Religious Freedom, but Don’t Break Out the Champagne Yet 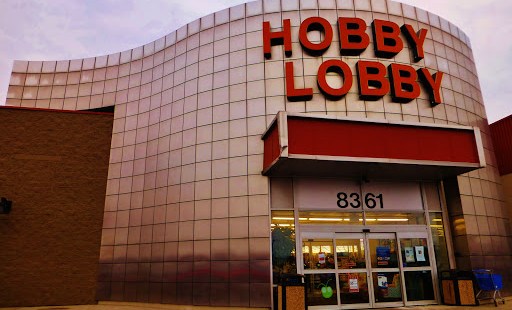 In a narrowly-tailored victory, the Court beat back one threat to religious liberty, but an Administration that values contraception and abortion more than religious liberty is not going to give up.

The Supreme Court’s decision in Burwell v. Hobby Lobby Stores, Inc. is an important, albeit limited, victory for religious liberty. By a 5-4 vote, the Court (in an opinion written by Justice Alito and joined by Chief Justice Roberts, and Justices Scalia, Kennedy, and Thomas) ruled in favor of Hobby Lobby. The Court ruled that the so-called HHS mandate could not be applied to closely held corporations that have a religious objection to being forced to provide insurance coverage for contraceptive services. To do so, the Court held would violate the Religious Freedom Restoration Act (RFRA).

The Court’s ruling is certainly important. It is a victory for Hobby Lobby and Conestoga Wood Specialties, whose Christian owners have sincere religious objections to providing insurance coverage for “contraceptive” services that may have the effect of operating after fertilization. It is also a victory for religious liberty more generally.

The Court held that RFRA applied to closely held for-profit corporations. There has been a disturbing trend that maintains that religious liberty is only about the religious worship of individuals. In Hobby Lobby, the Court made it clear that that is a far too narrow view. Religion is not simply about religious belief or religious worship. Religious liberty is also about actions out in the world that are done for religious reasons. Religious individuals don’t stop exercising their religion when they are outside of church. They may even exercise religion when they are running their business, even through the corporate form and even if the corporation is a for-profit entity.

The Court also made it clear that it wouldn’t second guess the religious views of those asserting RFRA claims. The government had argued that the HHS mandate did not burden the exercise of religion because there was too attenuated a connection between providing insurance coverage and the immoral acts (the destruction of an embryo) to which Hobby Lobby’s owners objected. The Court though made it clear that it wouldn’t second-guess the claimants view of religion and moral philosophy relating to permissible degrees of cooperation. RFRA’s protections apply whenever a claimant’s sincere religious beliefs are substantially burdened. The religious claimant need not convince the government that its religious beliefs are reasonable or well-founded.

The Court also made it clear that its interpretation of RFRA did not necessarily extend to other insurance mandates (regarding vaccinations for example) or provide a shield for employers who might try to cloak discrimination (the Court specifically mentioned racial discrimination) as a religious practice. Moreover, RFRA only applies to federal legislation and so the Court’s ruling doesn’t control how similar cases would be decided in the context of state mandates on religious practice.

But the Court took pains to limit the ruling and there is likely to be much additional litigation over the HHS mandate as applied to non-profit corporations.

Richard Myers is Professor of Law, Ave Maria School of Law and serves on the Aleteia Board of Experts.