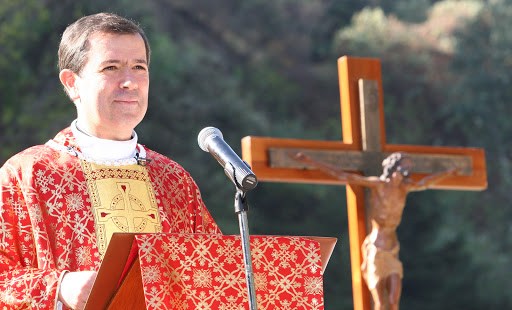 Was general director during order’s most troubling times.

The Legion of Christ has announced that the priest who took over as head of the order after disgraced founder Father Marcial Maciel stepped down has died.

"Father Álvaro Corcuera Martínez del Río, L.C. departed for the Father’s house after a long battle with cancer," said a statement issued by the Legion just an hour after Father Corcuera’s death.

Father Corcuera, who was 56, served as General Director of Regnum Christi and the Legionaries of Christ from 2005 until 2014. Father Eduardo Robles-Gil, who was elected general director at the order’s general chapter in Rome this year, wrote in a letter to members of Regnum Christi: "I invite everyone to offer Masses and prayers to commend his soul to God and thank God for the life of this father, brother and friend who has been our General Director during the nine most difficult years in our history.”

Father Maciel had been denounced by the Vatican “for serious and objectively immoral behavior.” He died in 2008. From 2010 until recently, the Legion was overseen by Cardinal Velasio de Paolis, after an apostolic visitation determined that the order needed “profound re-evaluation.”

According to today’s statement, Álvaro Corcuera Martínez del Río was born in Mexico City on July 22, 1957. He became a lay consecrated member of Regnum Christi in 1975, and joined the Legion of Christ four years later. He was ordained a priest in 1985. In 1987 he was named rector of the Center for Higher Studies of the Legionaries of Christ in Rome. From 1993 to 2000 he also served as rector of the Pontifical Atheneum Regina Apostolorum. In 1999 he received a doctorate honoris causa from the Anáhuac University, of which he was an alumnus.

In 2005 he was elected General Director of the Legion of Christ and Regnum Christi by the General Chapter of the congregation. On October 11, 2012, he petitioned the Pontifical Delegate for the Legion of Christ, Cardinal Velasio De Paolis, and was granted a leave of absence from his post as General Director. In January of 2013 he was diagnosed with a malignant brain tumor. He participated in the General Chapter of the Legionaries of Christ this past January. In 2012 he authored a book titled Nos amó primero (He first loved us).

He will be buried in the Panteón Francés (French Cemetery) in San Joaquín, Mexico City.