Waking up after 15 years in a coma, Spanish man has new perspective on euthanasia 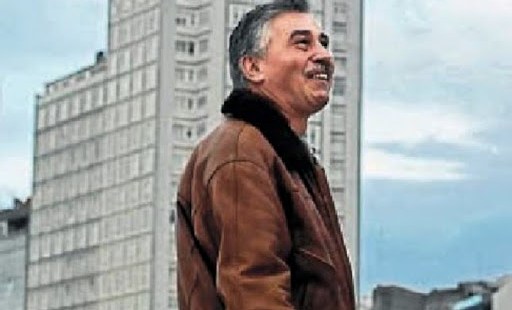 ‘My father had faith and didn’t unplug me,’ says Miguel Parrondo.

Among the risks that come with the legalization of physician-assisted suicide, there is the chance that those have been in a coma for a long period of time may be disconnected from the devices that keep them alive.

Cases like that of Mathew Taylor  give us pause. He’s a British citizen woken up by his girlfriend’s voice after spending nearly a year in a coma.

Now, an even more spectacular case, in Spain, has come to light. Miguel Parrondo, who was in a coma after suffering a traffic accident in 1987, woke up in 2002 thanks to his family’s perseverance, love, and faith.

His father, a dermatologist in the same hospital where he was brought, flatly refused to disconnect him six months after the accident.

In fact, when Miguel arrived at the Juan Canalejo hospital in A Coruña, none of the doctors thought he could come out of the coma. Even his own father, when he saw his son’s state, asked the hospital chaplain to give him last rites.

The accident occurred when Miguel, age 32, was driving two women home after a night out. They were "two girls I had met on a crazy night," he confessed.

He missed a curve and crashed into a wall with his Renault 5 GT Turbo. One of his passengers died.

For years, his mother, father, and daughter, Almudena, did not leave his side in the hospital. Driven by their faith, they spent more than a decade looking after Miguel. They were years of tears, exhaustion and difficult moments, such as the time the doctors suggested that they consider disconnecting him.

"They wanted to unplug me, and my father got his hospital colleagues together and said that only God can take life away. If not for that, I would not be here, because they thought I was a lost cause. My father had faith," said Miguel.

He awoke one morning in 2002, at age 47. Without knowing how, he opened his eyes, and the first thing he saw behind the glass of the ICU was his mother and his daughter. "I looked at my daughter and asked her, ‘Are you Almudena?’ Because I remembered that I had a daughter with that name. And she said, ‘Yes.’ And I said, ‘I am your father.’ My mother was crying like a baby and my father couldn’t believe it.

"It was as if I slept and I woke up the next day, he said. “When I saw my daughter, I flipped. She had made me a grandfather! She is now 38 years old."

There is no medical explanation for Miguel’s recovery. His incredulous father took him to the University of Santiago for further examination. “They said it was one case in a million,” Miguel said. “I mean, I’m a freak. And my poor mother. She spent every day in the ICU watching me through the glass. She ate there, slept there, and never left me," he said.

Returning to life was not easy. "It was a shock," he acknowledged. "I look like a road map. They took my spleen. I wear a prosthesis on my shoulder. I had severe craneoencephalic wounds that caused a hemiparepsia (an ailment that decreases motor power and paralyzes part of the body) because of the brain scars. I was more dead than alive."

He’s left with a permanent disability, which prevents him from working.

The tragic night in 1987 is the last thing he remembers. "I remember where it was, on a curve, and I was speeding,” he said. “I remember this because my father showed me the accident report and it says I was going 124 miles per hour with a R5 GT Turbo. That’s all I remember."

"Unfortunately, a girl died with me,” he lamented. “And let me tell you what happened recently: I was going down the street and a lady was staring me up and down. I thought, I’m handsome but not that handsome. Then she said: ‘Are you Miguel?’ And I said, ‘Yes, I am Miguel.’ And she hugs me and starts to cry. I didn’t know what was happening and it turns out that she was the other girl who was in the car."