Iraqi Patriarch Appeals for the Release of Abducted Nuns and Orphans 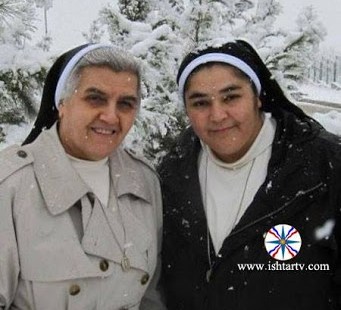 Louis Raphael I Sako uses the word “kidnapping for the first time” in regard to the case.

The Patriarch of Babylon of the Chaldeans, Louis Raphael I Sako, has made a public appeal to "those who are holding the nuns and orphans kidnapped in Mosul three days ago."

According to Fides Agency, the appeal expresses concern for the fate of the two nuns, two girls and a boy, asking for them to be released soon. In particular, the Patriarch turns to Muslim religious leaders and sheikhs of Sunni tribes in Mosul, asking them to do "everything possible" to secure the release of the hostages.

In the appeal, the Chaldean Patriarch cited verses from the Koran that urge all believers to treat monks and orphans well. He noted that Christians "were the first to receive the Muslim conquerors 14 centuries ago" and that currently in Iraq Christians do not identify with any political party.

"This is the Month of Ramadan, the month of mercy and charity. Let us all pray for the release of the nuns and orphans kidnapped," he said.

There has been no news since Saturday about Sister Atur and Sister Miskinta, two Chaldean religious of the Congregation of the Daughters of Mary Immaculate who were returning to Mosul from the city of Dohuk in the company of two Christian girls and a Christian boy. The two nuns run a foster home for orphans in Mosul, near the Chaldean archbishopric. Due to the Islamist offensive which began on June 9, the nuns and all the guests had left the family home in Mosul and found refuge in the city of Dohuk, in Iraqi Kurdistan.

In his press release issued today, Patriarch Sako used the word "kidnapping" for the first time in relation to the case.