The Truth About Iraq 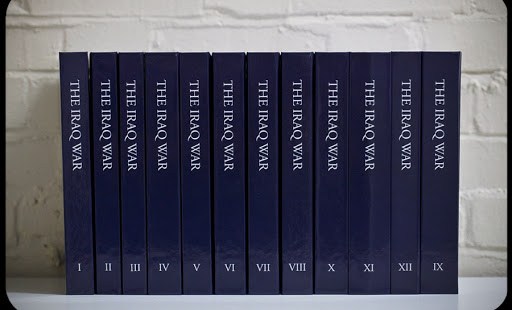 Recently I heard a prominent Catholic priest and ethicist denounce America’s war in Iraq as "stupid." A room full of religious leaders and activists reacted with appreciative laughter.

Such cynicism over the Iraq War recalls a scene in 1946’s Academy Award winning Best Years of Our Lives, which profiles three returning World War II vets adjusting to civilian life in their Midwestern city. One vet named Homer lost both his hands in the war, replaced by hooks. At a drug store soda fountain a suited gentleman seated next to him respectfully asks what happened, later commenting that the vet’s loss had been a waste. Gesturing at his newspaper, he earnestly insists America fought on the wrong side.

Customer: You got plenty of guts. It’s terrible when you see a guy like you that had to sacrifice himself — and for what?


Homer: And for what? I don’t get’cha Mister?


Customer: …We let ourselves get sold down the river. We were pushed into war.


Homer: Sure, by the Japs and the Nazis so we had…


Customer: No, the Germans and the Japs had nothing against us. They just wanted to fight the Limies and the Reds. And they would have whipped ’em too if we didn’t get deceived into it by a bunch of radicals in Washington.


Homer: What are you talkin’ about?


Customer: We fought the wrong people, that’s all. Just read the facts, my friend. Find out for yourself why you had to lose your hands. And then go out and do something about it.


Their exchange escalates, with the gentleman repeating, "Just read the facts." Before an enraged Homer can strike him with his hooks, his vet buddy who mans the soda fountain, having overheard the tense exchange, jumps the counter and whacks the offending customer, losing his job.

Such views from the soda fountain customer were not wholly unusual in the late 1940s. America had ostensibly fought to liberate Europe, yet half of it was left to a new totalitarian tyranny. In the Pacific, Japan’s defeat cleared the way for communist conquest in China, where Mao’s killing of his own people eventually would outpace even Japan’s savagery.

We rightly now recall World War II as the justified good war, but the results were not unequivocal. All wars, even very necessary ones, always engender tragedy and unintended consequences. No war, or any major geopolitical decision, even if peaceful, ever neatly promises a clear choice between justice and evil. Instead, our nation, and every nation, in pursuing policy goals, must choose typically among options each of which, in our always troubled world, carries its own capacity for enlarged mischief.

Too many harsh critics, in fact most, don’t typically acknowledge the limited means for geopolitical justice among fallen humanity. Every major policy direction for an especially powerful nation, by definition, entails likely suffering and even death by many. There is almost never a policy option guaranteeing, peace, prosperity and good health for all. Even in the best circumstances there are still winners and losers, hopefully more of the the former than the latter. And there is always moral hazard. Good intentions and moral objectives can still precipitate disaster, especially if pursued naively.

Believing Iraq, post-Saddam Hussein, could quickly adapt to a nonsectarian democracy was arguably naive. But leaving Saddam in place was also grossly unsavory. It’s absurd to recall his militant terror regime as a stabilizing alternative to the current conflict. Stalinist Soviet rule may just as well be portrayed as the stable alternative to the current Ukraine imbroglio. Saddam had effectively remained at war with the U.S. since the Gulf War, necessitating large ongoing U.S. troop deployments in Kuwait and Saudi Arabia, the later of which Osama bin Laden cited as a motive for 9/11. For a decade the U.S. and British air forces had to maintain no-fly zones over Iraq, to prevent Saddam’s further slaughter of the Shiites and Kurds. Such exertions could not sustain indefinitely.