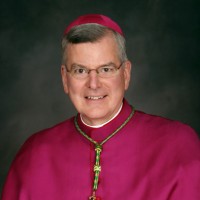 Action taken after allegations of inappropriate conduct, which he denies.

Archbishop John Nienstedt of St. Paul, Minn., has ordered a third party investigation of himself following recent accusations of sexual misconduct, which he denies as being “entirely false.”

Three months ago, Archbishop Nienstedt was cleared of an accusation of touching a male minor’s posterior region during a Confirmation photo shoot in 2009. During that investigation, Archbishop Nienstedt removed himself from public ministry but was happy to return after no charges were brought against him.

Late last year, around the time the first case was opened, allegations of inappropriate sexual conduct with seminarians, priests, and other men came to light, prompting a new investigation and a statement released by the archbishop denying the claims.

“These allegations are absolutely and entirely false,” Archbishop Nienstedt said. “Nonetheless, I ordered Bishop Lee Piché to oversee an independent, thorough investigation and that he hire an outside firm unaffiliated with the Archdiocese to conduct the investigation.”

According to a July 1 article in Commonweal Magazine, the archdiocese opened an investigation in early 2014 after being informed that a former Twin Cities priest had accused Nienstedt of making unwanted sexual advances.

Following the archbishop’s orders, the archdiocese sought out a third party attorney and hired the top-ranked Minneapolis firm of Greene Espel to investigate and interview his current and former associates and employees. Archbishop Nienstedt  and auxiliary bishops Lee Piché and Andrew Cozzen flew to Washington D.C. to inform the apostolic nuncio of allegations before the investigation began.

“I have ordered that the investigation be conducted for the benefit of the Archdiocese,” the archbishop said in a July 1 statement. “The Archdiocese investigates all allegations of clergy misconduct. It would be unfair to ignore these allegations simply because I know them to be false.”

The current accusations do not involve minors or any lay person, nor do they implicate any illegal or criminal behavior, according to Archbishop Nienstedt’s statement.

Once the investigation is complete, Greene Espel attorneys will compile a report that will be given to the archdiocese and Archbishop Carlo Maria Viganò, the Pope’s ambassador to the United States.

“Let us pray that the truth would come out as a result of the investigation,” Archbishop Nienstedt said.