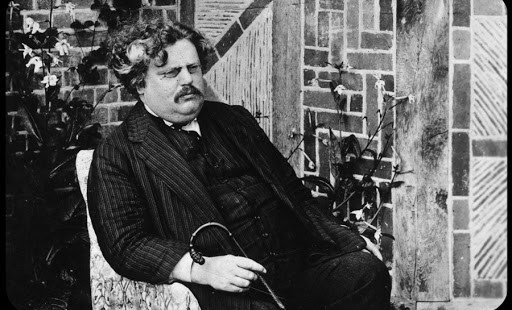 What the Prince of Paradox said was worse than sin.

Much of the world that calls itself “modern” does not want to know or even debate whether something is true or not.

Relativism, the claim that no truth can exist or be established, is the ruling assumption of the culture. Relativism itself, of course, is a claim to be “true.” That is, it is “true” that nothing is “true.” Any debate about truth would presuppose that it exists and is worthwhile pursuing. Any debate or dialogue concerning truth implies that objective standards exist whereby we can distinguish between true and false, right and wrong. A debate also presumes that it makes a difference which side is right and which wrong. Otherwise, why bother?

Debating in practice can and often does lead to skepticism if little effort is made to decide the truth at issue. The world often seems to be a mass of conflicting and contradictory opinions, none of which is worth much. Dialogue or debate, however, is not for its own sake. It ought not to be merely an exhibition of rhetorical facility or eloquence, though these have a place. It is for the sake of resolving an issue by having all sides consider what is at stake. It assumes that error has something to be said for it. The point of error can be stated clearly. It also grants that, sometimes, the best that we can do is to come to a reasonable opinion that can provide for us a basis of judgment and action.

Today, we are largely indifferent to truth claims. Religions and philosophies are chosen mostly for tradition, good feelings, sociability, and support, economic and spiritual. People from all varieties of nations, religions, and ways of life are thrown together in our cities and towns through immigration, media facilities, moral choices, and economic exchanges. They want to know whether we get along with everyone else, whether what anyone holds is true or not. It is best not to ask “truth” questions. Few will tolerate any judgment on “their” option. Much state law will enforce this “no-truth” assumption.

Truth, in fact, is considered to be a threat to the public order. In this context, if peace is desired, ideas should have no consequences. The older idea that we first knew whether something is true or not before we act on it is replaced by the view that “truth” has no relation to action. Freedom means that truth is irrelevant. The only thing that is necessary is whether we are allowed to “do” what we think, whatever it is. The state is designed to guarantee us this freedom as a “right.” Morals or virtues, as such, do not exist. They imply a restriction on avenues of living that we may choose to pursue. Thus, the truth will “not make us free.” Only freedom from the truth will make us free.

In this context, what is the place of Catholicism in the modern world? By its origins and traditions it stands on the side of veritas, truth. Truth is the mind confirming of what is that it is. In the Catholic understanding, revelation is a claim to truth. It is directed to reason. But if there is no “truth,” revelation and its content become just another dangerous view or sect. Evangelization, the making known of this truth, presupposes that what is made known to the nations is a “truth” that they do not and could not possess without it. But it is something designed for all nations. Men are not free not to know it. Its authority is not merely human. It is what God designed as everyone’s own good.

This truth is the “mission” the apostles were sent to complete, the one recent popes have forcefully reiterated. In recent decades, though John Paul II and Benedict XVI reversed some of this, the face of Catholicism has often been turned not so much to its own truth but to the truth it finds outside of itself. In this sense, the Church has become a center for and promoter of what is called “dialogue.” Before we can talk of what someone lacks, the theory goes, we must first understand what is there. Not everything is contained in revelation. Many things are left to men to figure out by themselves. Many good and true things are found in the polities and religions of the world. These truths can be identified and even defined or established. But this process assumes that a standard of truth, both in reason and revelation, does exist.