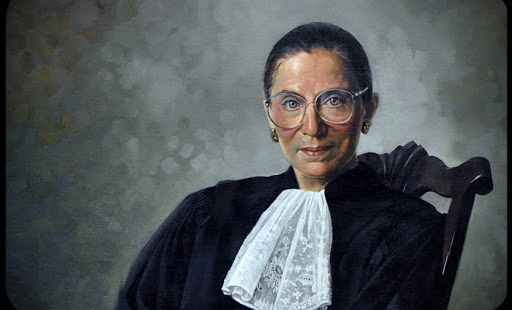 Yet many of the assumptions underlying her dissent are demonstrably false. For example, she asserts (quoting dicta from Planned Parenthood v. Casey) that easy access to contraception and abortion are needed to “facilitate” women’s ability to compete equally with men and that “religious organizations exist to serve [only] a community of believers” (Dissent, 18). Professor Rachel Lu dispensed with the first claim here and the latter point already has been disproven by virtually every Catholic school, hospital, nursing home, charity and saint in the history of the Church by their service to fellow human beings irrespective of the latters’ faith or lack thereof.

But there are other foundational premises undergirding Justice Ginsburg’s opinion that have not received the attention they deserve, namely that: (1) contraception can be properly categorized as “preventive care”; (2) mandating it “furthers compelling interests in public health and women’s well-being”; and (3) these “interests” are “demonstrated by a wealth of empirical evidence” (Dissent, 24).

Try explaining how these drugs have furthered their loved one’s health and well-being to the families of teens and young mothers who’ve died as a direct result of using contraceptives.

Tell that, for example, to Monica Greene, mother of 17-year-old La Monica, whom she describes as “active in church. She was sweet and outgoing and loved to help.” La Monica and her sister Stephanie “dreamed of being veterinarians and opening an office together.” La Monica started using the contraceptive device NuvaRing in May 2009 and died very suddenly a few weeks later from a pulmonary embolism (blood clot in one of her lungs).

Merck & Co., which manufactures NuvaRing, has now (as of June 2014) finalized a $100 million settlement to benefit 3,800 claimants, for death (to 83 women and girls) and injuries such as non-fatal strokes, heart attacks, blood clots, high blood pressure, heart disease and cancer of the breast or reproductive organs. That’s just one settlement and one set of claimants, of course.

Merck’s payout pales in comparison to the hefty $1.7 billion Bayer AG paid (as of March 2014) to settle 8,250 claims from users (and their surviving family members) of Yaz and Yasmin birth control pills. The death toll already exceeds 100 and there are many additional claims pending.

NuvaRing, Yaz and Yasmin are just a few of the many sometimes-fatal contraceptives. Further examples to follow, but first, let’s answer these questions:

Almost four years ago, I reported that Planned Parenthood was organizing a national effort to get contraceptives included in the preventive services mandate of the Affordable Care Act (ACA). At that time I wrote:

“But prescription contraceptives don’t prevent or screen for disease. Their purpose is to block the normal functioning of a healthy reproductive system. They prevent a person from being conceived or born.”

Fertility is not an illness or adverse medical condition. It’s not a disease to be prevented from spreading. It’s the normal healthy state.