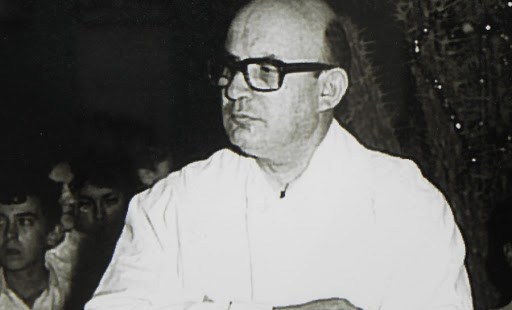 First conviction of an official murdering a Church leader during the junta years.

Bishop Enrique A. Angelelli Carletti of the Diocese of La Rioja in Argentina was murdered on August 4, 1976, during the country’s 1976-1983 military dictatorship. Only now have his killers been brought to justice.

"We have waited 38 years to see the truth triumph over impunity and finally the day has come where justice has condemned the killers of a man who was fighting for the hope and dignity of thousands of people," said Martin Fresneda, secretary of the organization promoted by the Argentine government Derechos Humanos de la Nación, after reading the verdict that sentenced to life imprisonment two senior officers for the murder.

Bishop Angelelli died in a car accident shortly after the onset of the military dictatorship in Argentina. For decades authorities argued that his death was accidental, but the case was reopened in 2010, when a former priest who was in the car with Angelelli testified that the vehicle was intentionally pushed off the road.

The court of La Roja on Friday found two retired army officers—Luciano Benjamin Menendez, 86, and Luis Fernando Estrella, 82—guilty of ordering the murder and sentenced them to life imprisonment.

This is the first time an official from the junta years has been found guilty of murdering a church leader, according to Independent Catholic News. Scores of Catholic priests and nuns were "disappeared," tortured and killed during the dictatorship years. The victims include two French nuns and the bishop of San Carlos Ponce de Leon.

Documents in the trial included two letters from the Vatican archives provided by Pope Francis. Bishop Angelelli had written to Rome just before his death denouncing the military regime’s abuses.

The Tablet (UK) reported that a factor in the verdict was the release by Pope Francis of correspondence from Bishop Angelelli to the nuncio in Argentina sent two weeks before his death, in which the bishop described the threats he had received from the military and local landowners. "At the time of his death he was returning from the funeral of two of his priests, Frs Carlos Murias and Gabriel Longueville, who had been murdered by the military, and also reported on this to the Vatican in the correspondence released by the Pope," said the British Catholic publication.

At the time of Angelelli’s death, Father Jorge Mario Bergoglio, the future Pope Francis, was provincial of the Jesuits in Argentina.

In 2005, as archbishop of Buenos Aires, Cardinal Bergoglio celebrated a Mass in memory of Bishop Angelelli and described him as a martyr, said The Tablet. Angelelli is widely described as “Argentina’s Romero,” referring to Cardinal Oscar Romero.

Menendez was already serving a life sentence after being found guilty in seven cases of human rights abuses.