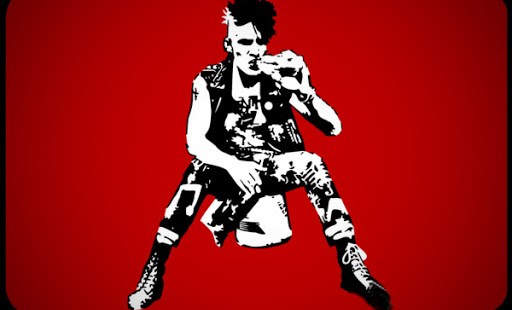 Catholicism is now a subculture, but that can be fun.

With the takeover of liberalism and secularism in the West, Catholicism is now a subculture.

That is a serious and even dire-sounding sentence, but it’s not entirely meant to be. Yes, we Catholics are a now a subculture. Mainstream people in the media and politics don’t like us. But being in a subculture can be fun.

Maybe it’s because I was into punk rock when I was in college, but something in me still gets a charge about saying no to The Man. And now The Man is secular liberalism. The Man is the HHS mandate. The Man is Hollywood.

When I’m walking down the street and am approached by hectoring petitioners asking me to sign for gay “marriage,” it’s not unlike the feeling I’d get in the 1980s when I would be lectured by my conservative elders that the Ramones or the Clash were noise, not real music, and I was wasting my time listening to them. Back then I’d just smile and turn the music up louder. These days I just look at my friendly homosexual activist with clipboard say something simple: “Humanae Vitae.” That one always gets a priceless look.

I’ve lost the torn jeans and Bad Brains t-shirt, but all these years later I again find myself an outsider. And I admit it: I get a charge out of it. It’s fun. It’s like when Johnny Rotten scandalized rock and roll royalty by wearing a shirt that declared, "I HATE PINK FLOYD." Believe it or not, the punk comparison may not be so far off the mark.

I grew up in Washington, D.C., and when I was in college in the 1980s there was a movement in the city around “straight edge” punk rock. Straight edge, which coalesced around the band Fugazi, rejected drinking and drugs. Straight edge bands kept ticket prices low, dressed in simply clothes, and put on benefits for the local soup kitchen and rape crisis center. It was basically Catholicism set to a really loud and abrasive soundtrack. This is why it didn’t surprise me when, more than three decades later, I ran into Mark Andersen, one of the main figures from straight edge, and discovered than he had become church going Catholic.

Being in a subculture is now virtually only possible in an orthodox religious community. Gay “marriage” is on it’s way to being legal everywhere. Pot is becoming legal. Hip-hop is corporate. Even “alternative” comic book artists see their stuff on the front page of The New Yorker.

The last subculture was probably in the 1990s. In recent article at Vice, Clive Martin recalls the thrill of being part of several subcultures growing up in the that decade, including “Teddy Boys, New Romantics, ravers and garage-heads.” Martin:

There are pictures of me back then and they're embarrassing now, but that sense of tribal involvement — all the love and fear and acceptance and alienation that wearing Criminal Damage jeans, or glow-sticks, or black nail polish could offer you — was just part of growing up. It was something even our parents had gone through. It was ugly at times — and yeah, there was often a lot of drinking, puke and stupidity — but everyone came out stronger on the other side. It was a cultural puberty — a coming-of-age lived out in Warped Tour compilations and purple shoes.
Martin adds that belonging to a subculture was sometimes serious business that could “get you knocked the [expletive] out.” In 2014, however, all of this is “on the wane.” Pop culture and fashion are now intergenerational. Everyone, young and old, wears Abercrombie and has an iPod. Subcultures “provide a sense of belonging to something more exclusive than just late-Western capitalist society.” They are quickly absorbed by the marketplace and our tolerant enlightened society: “In consensus, coalition, resolutely capitalist Britain, youth subcultures are processed in the same way as veal. They're snapped up by trend forecasters before they've had a chance to grow, locked in a dark room, sold to the high-street butcher and flogged back to the kids at inflated prices.”

Simply put, there’s nowhere to run, hide, or rebel anymore. Within seconds any potential subcultures is videotaped, downloaded and profiled in the New York Times. We now accept everybody and everything.

Mark Judge, a journalist and filmmaker, is the author of Damn Senators: My Grandfather and the Story of Washington's Only World Series Championship and A Tremor of Bliss: Sex, Catholicism, and Rock 'n' Roll.