What the First World War Wrought 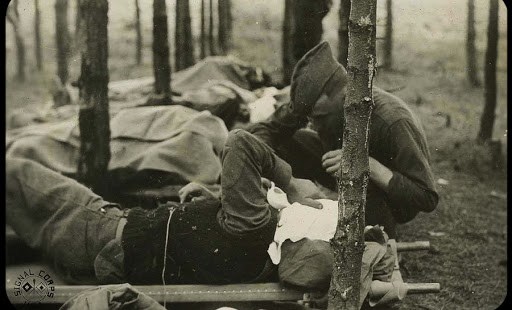 World War I transformed not just Europe, but the whole planet.

This Summer, we commemorate the grim centennial of the First World War. All writers stress the war’s amazing destructive savagery, but it is easy to become so caught up in Europe’s catastrophe that we forget its global dimensions.

While the British and French called it the Great War, already in 1914 the Germans were speaking of Weltkrieg, the World War, and that perception demands respect. The war transformed not just Europe, but the whole planet.

Although modern historical memory focuses strictly on the trenches of the Western Front, the Great War was a worldwide conflict, which affected Africa, Asia, and Oceania: it was a war of jungles, oceans, and steppes, as much as of Flanders fields. The Western Front became a world front.

In 1914, most of the great powers were empires holding authority over widely separated regions beyond Europe; colonies and imperial territories were an essential status symbol. That meant that no international conflict could involve just the nation-states alone, or that its consequences could be confined to Europe. When France declared war, it did so on behalf of not just its metropolitan core in Europe but every Pacific island and African colony it had grabbed over the previous century. When France went to war, so did Senegal, Madagascar, and dozens of other occupied territories, just as Fiji, Newfoundland, and a host of other colonial possessions followed Britain.

Neighboring lands in Africa or Asia suddenly found themselves at war with each other, although local residents had no great awareness of the Balkan rivalries that detonated the larger conflict. When the Ottoman Turks entered the war on Germany’s side in 1914, this automatically spread the war across the Middle East. The conflict also sprawled across vast areas of East and Central Africa. The Allies deployed a million men, and several hundred thousand — mainly natives — lost their lives. British and German fleets fought naval battles on Lake Tanganyika.

Even the Pacific became a war zone, as the Japanese were faithful allies of Great Britain. In the fall of 1914, Japanese forces seized the Chinese port of Qingdao from the Germans following a bloody siege, and the Japanese navy protected British Columbia from German raiders and submarines. By 1917, China and Brazil joined the Allied coalition. In the South Atlantic, British ships sank a German squadron off the Falkland Islands.

Aside from direct combat in distant territories, the war’s effects were felt in distant regions through the enlistment of millions of colonial subjects as soldiers or laborers. In many cases, these colonial forces were transported to the areas of greatest military need, in Western Europe. The war came to them, and they came to the war.

Both French and British armies made extensive use of Asian and African colonial soldiers on the Western Front, in addition to Chinese laborers. Over a million Indian soldiers served in the British ranks, all volunteers. They fought in Iraq and East Africa as well as the Western Front and Ottoman Turkey; seventy-five thousand died. The French used some six hundred thousand colonial soldiers, drawn from North and West Africa, from Madagascar and Vietnam, and over seventy thousand perished. The most famous units were the Senegalese tirailleurs from West Africa; two hundred thousand fought in the war, and thirty thousand died. When the Germans launched their first gas attack on the western front in 1915, Algerian divisions in the French army bore the brunt of the assault. The war graves of France and Belgium hold the remains of thousands of Muslims, Buddhists, Hindus and Sikhs.

Recognizing that global dimension is one thing, but what were its consequences? For one thing, the war vastly accelerated the processes of globalization and modernization that imperialism had begun. The insatiable demands of combatant powers for food and natural resources revolutionized economies around the world, massively expanding global contacts and communication.

But the war also created a growing crisis for those same empires. Throughout the war years, anti-colonial movements boomed, as subject peoples in Africa and Asia hoped to benefit from the rivalries between their white masters. Arnold Zweig’s great cycle of novels about the war bore the overall title “The Great War of the White Men.”

Agitation became all the more intense as competing nations tried to stir up discontent among the subjects of enemy states. Germans and British alike tried to arouse Muslim jihads against their foes, with no sense that they could be planting the seeds of real dangers for themselves in decades to come.

Just as in the Second World War, exposure to a vastly wider world could not fail to stir the consciousness of colonial subjects, whose expanded political awareness would be evident in the anti-colonial movements of the immediate postwar years. If the empires lingered on into the 1950s, their doom was already within sight by the end of that First Global War.