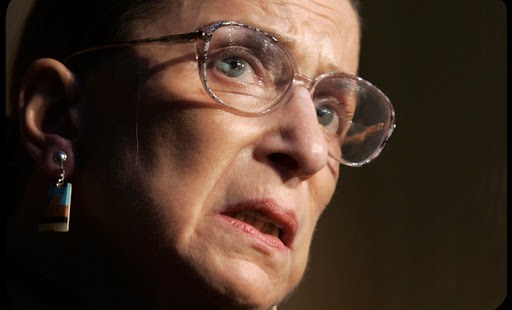 Hobby Lobby dissenters overlook hundreds of deaths and thousands of serious injuries from contraceptive use.

It’s the only way to explain the outraged reaction to the Hobby Lobby ruling.

Public policy debates over issues related to sexual expression or religion—must nativity scenes be flanked by wiccan pentagrams, for example—often begin at boiling point and heat up from there. And that’s understandable. They deal with how we define ourselves at the deepest level.

Because these issues are so personal, we’re quick to believe the “facts” and narratives that support our position and just as quick to reject facts that challenge our worldview.

In Part I yesterday, I touched on Justice Ginsburg’s pro-Roe v. Wade view that there are some “populations that we don’t want to have too many of” and her statement that there’s a wealth of empirical evidence showing that (free employer-provided) contraception furthers public health and women’s well-being.

The day after the Hobby Lobby decision was announced, we learned where that “wealth of empirical evidence” came from. The president of the American Congress of Obstetricians and Gynecologists (ACOG) sent a Special Message to members taking credit for ACOG’s having been “the key player in getting contraceptives covered under the Affordable Care Act” by offering their own preventive health care guidelines, “which the [Institute of Medicine] IOM accepted without changes. Literally, we wrote that part of the law.”

This is the same ACOG that redefined conception (the beginning of human life) as occurring at implantation rather than fertilization so that advocates of reproductive "rights" could state that no contraceptives are abortifacient, glossing over the fact that drugs and devices like Plan B and Paragard can end the life of a week-old embryo by thwarting implantation, among other means. (ACOG Terminology Bulletin No. 1 [Sept. 1965]).

This is the same ACOG that supported partial-birth abortion. In that procedure an intact unborn child is delivered alive to the point where the abortion provider is able to kill the child by, for example, inserting scissors into the base of the child’s skull and suctioning out the contents enough to collapse the skull, before completing the delivery of a now dead child.

Putting aside the shocking bias of ACOG leadership, the guidelines which IOM accepted without change that were enshrined in ACA regulations offer little in the way of evidence. What evidence is offered has been cherry-picked. So in the interest of full disclosure, here are some things the IOM Report failed to highlight in discussing the “benefits” of contraceptive use:

Paragard T-130 IUD: Meet Yolanda Hudson, a Florida woman, who had a Paragard IUD inserted in March 2008. A year later she sought medical attention for severe pain. The IUD had migrated out of her uterus and embedded in her colon. Yolanda required surgery to remove a section of her colon. After Yolanda’s story was posted, over 60 women who had used Paragard responded with their own sad stories.

Managing Contraception notes that the Centers for Disease Control (CDC) rate Paragard “2,” i.e., restricted (not recommended) for use in women under 20, women who have not given birth and women at risk of STDs (due to having more than one lifetime partner). This medical resource concludes, “Adolescents often do not meet all the criteria for IUD use” (at 84), yet adolescents are a target group of the mandate.

Problems encountered with both Paragard and Mirena (an IUD that releases the hormone levonorgestrel) include expulsions, malpositioning, perforations and migration of IUDs. K.P. Braaten et al. found that malpositioning can cause increased bleeding and pain, and injury or damage to surrounding organs in 15% of perforations. Expulsion occurs in up to 10% of IUD users in the first year, according to Contraceptive Technology, and is higher in teens and in women who’ve never given birth.

Although IUDs offer no protection against sexually-transmitted infections and diseases, condom use is dramatically lower among the partners of women using an IUD (less than 2%) than among women using the pill (almost 18%).