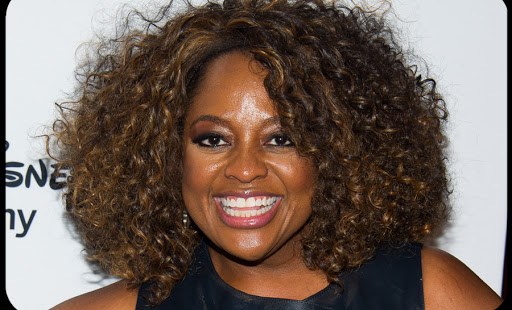 "I hope that my character and my integrity will scream louder," Sherri Shepherd said in a recent interview with Us magazine. "There’s always someone worse off than you. You have to really sit down and be thankful for the things that you have."

The former co-host of ABC’s "The View" was discussing the breakup of her short-lived marriage to TV writer Lamar Sally. But if the tabloids and entertainment news websites can be trusted, Shepherd’s decision to walk away from a baby she wanted might “scream louder” than her character and integrity.

Shepherd claims she was tricked into making an arrangement with Sally to have a baby—with the help of a surrogate mother and someone else’s eggs. Sally did his part in the conception, reportedly. Let the courts deal with that.

But Shepherd is coming under fire now for apparently washing her hands over the matter. And throwing the baby out, so to speak, with the wash water.

“Sherri Shepherd does not want anything to do with her unborn surrogate baby … because she believes her estranged husband defrauded her into having the kid in the first place so he could get child support,” TMZ.com reported, citing “multiple sources connected with the couple.”

“We’re told Sherri does not want custody or even to be considered a parent … because she doesn’t want to get stuck with massive child support payments,” the entertainment news website said. The child’s estimated delivery date is July 28.

Aleteia was unsuccessful in reaching Shepherd for comment. But plenty of people were willing to offer their "view" on baby-making arrangements such as this one.

“It’s cases like this that underscore the fact that we need in the United States a comprehensive ban against surrogacy,” said Jennifer Lahl, president of the Center for Bioethics and Culture Network. “Children are seen as products or commodities we can at will contract for, and then can at will say ‘No thank you, I don’t want that child.’”

It’s for this reason that Lahl producd the film Breeders: A Subclass of Women?

"Surrogacy is fast becoming one of the major issues of the 21st century—celebrities and everyday people are increasingly using surrogates to build their families," according to promotional material for the film. "But the practice is fraught with complex implications for women, children, and families. What is the impact on the women who serve as surrogates and on the children who are born from surrogacy? In what ways might money complicate things? What about altruistic surrogacy done for a family member or close friend? Is surrogacy a beautiful, loving act or does it simply degrade pregnancy to a service and a baby to a product? Can we find a middle ground? Should we even look for one?"

Lahl herself answers No to that last question. “I don’t see the point of regulating something that’s just wrong,” she said. “You can’t anticipate the problems that are going to happen. In the Shepherd case there was a contract. They got into a contract with this woman to have a baby for them. Everyone seems to think we can regulate and that we can make it acceptable if we have it properly regulated. … It would be like if we went back to the early slave days and said, ‘Let’s just regulate it so that slaves are treated properly.’ Slavery was wrong. We didn’t say ‘Let’s legitimize it by regulating it.’ We said ‘Let’s get rid of it’ because it’s wrong."

For Monica Migliorino Miller of Citizens for a Pro-Life Society, the issue of concern is that children who come from such arrangements are considered “products.”

The  Shepherd case illustrates the "gross injustice that occurs when human life is manufactured outside of the embodied marital love of spouses,” Miller said. “The child is treated as a commodity—a product that—like any product may be added or subtracted from our lives according to personal whims and changing circumstances.