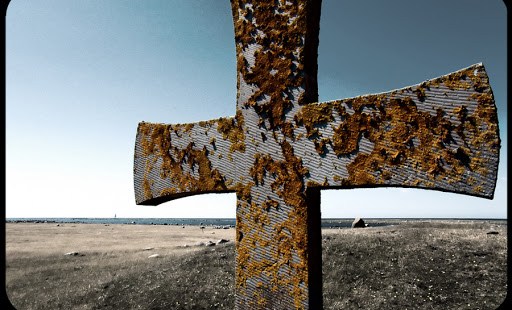 Most lists of the Seven Deadly Sins run down the various vices, and the virtues we ought to practice instead. What such listings miss is the fact that the original meaning of “virtue” comes from “manliness” (Latin, vir), which in modern terms we might translate as “humanity.” Full, healthy humanity, as opposed to a sick and distorted form.

Aquinas, drawing on Aristotle, saw virtue as residing in the Golden Mean, the healthy place of balance where a person lives in accord with human nature and his own state of life, not veering off into one or the other toxic extreme. Hence the virtue of Temperance consists in enjoying food and drink in reasonable, healthy quantities. One could sin against Temperance either by charging ahead into Gluttony, or by despising the body and eating too little (or too carelessly), a vice Aquinas called Insensibility.

It’s the same with each of the other Deadly Sins: The virtue lies in the healthy middle course between two sinful distortions. Most of the neurosis, rage, and dysfunction I have seen among fellow Catholics in my lifetime has emerged from people missing this crucial point, and desperately avoiding Lust, Gluttony, Greed, Sloth, Wrath, Vainglory, and Envy by grasping at the one or more of the “Seven Deadly Neuroses”: Frigidity, Insensibility, Prodigality, Fanaticism, Servility, Scrupulosity, and Pussilanimity. My goal in writing The Bad Catholic’s Guide to the Seven Deadly Sins was to restore the wholesome, Thomistic vision of the virtues, which is all too often lost. If more people followed Thomas, many shrinks would go out of business.

As Chesterton observed, the Church has likewise had to fight off a series of equal and opposite heresies, which cut off one piece of a complex truth to make a simple slogan. The Arians proclaimed “God is One!” and denied that Christ was divine. The Monophysites shouted back, “Jesus is God,” and effectively denied that He was human. More recently, the vast majority of Catholics rejected Pope Paul VI’s teaching that contraception is always forbidden. Of the Catholics who were left, a high percentage reject Paul VI’s teaching that NFP is broadly permitted. (See Fr. Ryan Erlenbusch’s excellent “The Myth of the Contraceptive Mentality.”)

Likewise, excessively broad-minded Catholics took the Church’s teachings on ecumenism and religious liberty at Vatican II to mean that all religions are basically equal, “diverse” pathways that lead to the very same God. To this, radical traditionalists responded by rejecting Vatican II and calling for the state to imprison “heretics.”

And so on. Such herky-jerky oscillation between alluring false extremes will surely pervade human life until the last re-run of Law and Order is aired, and Jesus returns.

Two profound mistakes about the relationship between God’s grace and human effort have played twangy dueling banjos for the past 1500 years. Put simply, it’s the fight between Pelagianism and Calvinism. While there are many theological niceties at stake here, boiled down to its simplest elements, Pelagians think that salvation depends on human’s effort to imitate Christ’s example, while Calvinists (and others who follow his reading of Augustine, such as the Jansenists and some Dominicans) believe that God does everything — that man is not even free to resist God’s grace. The best book to read on this subject is Leszek Kolakowski’s lucid God Owes Us Nothing. Pelagius saw Jesus not so much as a redeemer as a role model, while Calvin imagines a God who creates billions of souls explicitly for Hell.