What Is Your Story? Tell Me Your Pain 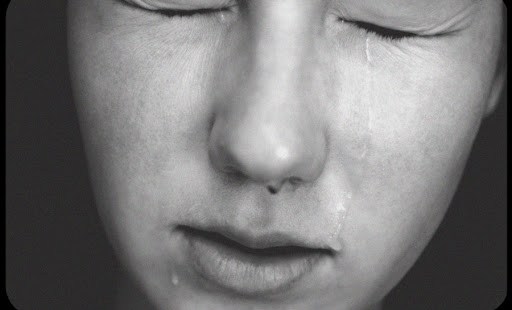 Enough with the polemics.

So we need places, laboratories, the creation of places which could be each one of our homes, where we invite people who are different, and we listen to each other, people of different class groups. Tell me your story. Where is your pain.
– Jean Vanier, Address to the Business Community, April 05

Recently I gave a talk at the Catholic Press Association Conference, held this year in Charlotte, NC. We heard of the need for less diatribe and more dialogue. I’m all for that.

But dialogue, especially when it takes place online, which is to say before an audience, often takes the form of a debate, and the aim of a debate is to convince, not convert. Interestingly, in fact, one definition of dialogue is “the lines spoken by characters in drama or fiction.” Much of what passes for online dialogue does feel like a script, a kind of metaphorical selfie, a chance to score points and shine in front of our tribe, our team, our faction, our parish, our diocese, our clerics, our political party, the people who pay our salaries or publish our opinions.

Christ didn’t have political opinions, he had wisdom, understanding, humility, and compassion. His team were the disciples, many of whom would later die for him. His team was the people in the crowd who were open to hear the Sermon on the Mount.

The middle English roots of the word “conversation” mean “living among, familiarity, intimacy; having dealings with others.” A conversation leaves room for surprise. A conversation requires vulnerability, the capacity to be changed, a willingness to listen, and the ability to let the other have the last word.

I don’t read grandstanding op-eds, vitriolic argument, or tabloid news about players who simply happen to be “Catholic.” I also readily admit to my own unfortunate grandstanding tendencies. Still, I would way rather sit quietly, listen to the birds, and ponder the Gospels.

That leaves me time—or rather forms me in such a way that out of love I will make the time—to listen to the many other people who, away from the eyes of the world, share their stories, their insights, their lives. I make my email readily available and people avail themselves of it.

Here are some of the people I hear from:

A woman whose father molested her all through childhood and who, in nursing him through Alzheimer’s, forgave him.

An elderly woman whose husband last year inadvertently killed a pedestrian while driving. They are prostrate with grief and guilt: will I pray for them?

A young woman, a cradle Catholic, who cannot say she is gay for fear of being judged and shunned by her fellow parishioners. I am the first person, she says, in whom she’s been able to confide.

A widowed mother who was just told by the doctors that her only child, a 21-year-old son with Down Syndrome, has mere months to live.

There is nothing cost- or time-effective about answering all those emails. I don’t try to cajole or guilt-trip people into buying my books or “liking” my posts or following me on twitter. I sometimes spend a considerable amount of time responding to people who then respond in anger or sarcasm or who berate me for not giving more.

But here are the keys of the Kingdom I’ve been handed in return. I never despair of the Church. I never worry about whether the “New Evangelization” is working. Instead, I ponder in my heart these tiny sparks, these unseen flames that are burning, all over our country and the world. I pray for these followers of Christ who suffer and wonder and struggle and rail and radiate a strange kind of joy, anonymously and in silence. They are poor in spirit and rich in love. They are the little ones about whom Christ said, “Let them come unto me.” They consent to be last here and they will one day be first.