How Will Pope Francis Solve the “Celibacy Problem”? 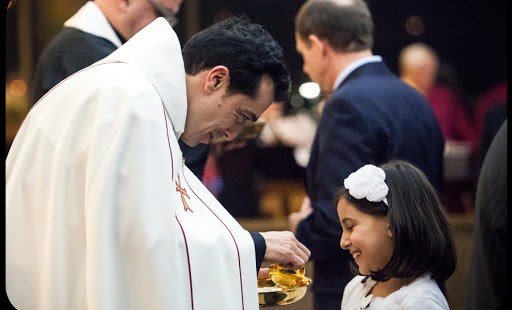 The view of a married priest.

I am a married Catholic priest. A former Anglican minister, I was ordained as a Catholic priest under the pastoral provision — a special accommodation established by St. John Paul II which allows married former Protestant ministers to receive a dispensation from the vow of celibacy so they may be ordained as Catholic priests.

Many people think married priests will solve the crisis in vocations to the priesthood. It may help, but it will not necessarily be the magic bullet. I examine the question in more detail here, but suffice it to say that allowing married men to be ordained will bring as many new problems as it solves old problems. Apart from anything else the church will have to consider whether we can afford married priests with a family. A reliable source in the Vatican told me in a private conversation that when the question of married priests is discussed that it is the bishops from the Eastern Rite churches who have married clergy who most often advise against changing the discipline.

In a recent article it was claimed that Pope Francis promised to “solve the celibacy problem.” The statement itself raises a number of questions. Firstly, what is “the celibacy problem”? Is celibacy itself a problem? As the majority of Catholic priests have vowed and lived celibacy for the last thousand years it would not seem to be such a huge problem that it needs an instant fix. Certainly there are critics of celibacy. Former monk Richard Sipe has written a scathing expose of celibacy as has Catholic dissident Donald Cozzens. Meanwhile the Anglican convert priest Fr. Ray Ryland has written strongly in favor of both celibacy for priests and perfect continence (abstaining from all sexual relations) for married priests.

The first question we need to ask therefore is “what is the celibacy problem?” There are certainly greater strains on the discipline of celibacy in our highly sexualized society. Access to and acceptability of “free sex” makes celibacy seem strange and may put extra burdens on the celibate. Also, with the decreased numbers of priestly vocations more priests live alone and the weight of loneliness becomes greater. As life spans increase the prospect of a life vow of celibacy becomes a greater difficulty. While celibacy itself may not be an urgent problem, it is certainly true to say that the observance of celibacy is often a great challenge.

Therefore how could Pope Francis “solve the celibacy problem”? It may not be the instant fix of allowing priests to marry that many people imagine. One way to solve the celibacy problem is to find new ways to alleviate some of the challenges of observing celibacy. Where there are few priests, instead of living alone in their own rectories the diocese could put parishes together in clusters and ask the priests to live together in community in a central location. New religious orders of priests could be established to help solve the problems of celibacy and existing fraternities of priests could be encouraged and strengthened.

Those who have studied the subject agree that where celibacy is freely chosen it can be the wonderful complement to priestly ministry that it should be. A grudging acceptance of celibacy, on the other hand, can be a burden to ministry. Therefore other steps could be taken which value and strengthen the freely chosen discipline of celibacy instead of abolishing it simply because it is difficult. One might ask whether a life long vow of celibacy must be taken at the same time that a man is ordained. Might the vow of celibacy be separated from the process of ordination?

In monastic orders a man or woman goes through a long process before making a lifelong vow. First they are a postulant. Then they enter the novitiate. Then they make simple vows which may last for five years. Then they might renew their simple vows, and only after a long discernment process do they commit to a solemn profession which is binding for life. Perhaps a similar process could be devised for the vow of celibacy. A man might take the vow for five years, but under guidance from a superior, be released from that vow, during which time he could be in a chaste relationship which could lead to marriage.