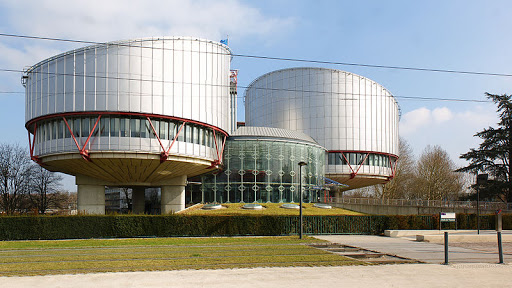 Court based decision on fact that it is impossible for two “women” to be married in Finland.

The European Court of Human Rights, sitting as a Grand Chamber, in the case of Hämäläinen v. Finland, Application no. 37359/09, 16 July 2014, reaffirmed that the European Convention on Human Rights cannot be interpreted “as imposing an obligation on Contracting States to grant same-sex couples access to marriage.” In addition, the Grand Chamber underlined that “it cannot be said that there exists any European consensus on allowing same-sex marriages.”

This whole affair, which gave rise to a previous Section’s judgment rendered on November 13, 2012, involves Finland’s refusal to legally recognize the sex change of a person married to someone of a biologically different sex, conditioned on his first obtaining a divorce.  In the section judgment, the Court noted “that in essence the problem in the present case is caused by the fact that Finnish law does not allow same-sex marriages.” (§ 66)

The applicant was born male in 1963; however, experiencing the feeling of belonging to the opposite sex, he changed his name in 2006. Even before he underwent a sex change operation in 2009, in 2007 he applied for a new identity number, seeking to indicate in his official documents that he was of the feminine sex. This request was rejected by the public authorities. They based their decision on the fact that it is impossible for two "women" to be married in Finland, and therefore it was appropriate that the applicant’s marriage first be dissolved. The applicant refused to conform to this formality and since the Finnish administrative courts have upheld the decision of the public authority, the applicant has subsequently decided to bring the case before the European Court of Human Rights, hoping to obtain Finland’s condemnation. In his eyes, the obligation to first divorce his wife, or to transform his marriage into a civil partnership, before being accorded full recognition of his new gender was a violation of his rights, in particular those derived from Articles 8 (right to respect for private and family life) and 14 (prohibition of discrimination).

The Grand Chamber of the European Court of Human Rights ruled that there had been no violation of the European Convention on Human Rights (articles 8, 12 and 14). The Court found that it was not disproportionate to require the conversion of a marriage into a registered partnership as a precondition to legal recognition of an acquired gender as that was a genuine option which provided legal protection for same-sex couples that was almost identical to that of marriage. The minor differences between these two legal concepts were not capable of rendering the current Finnish system deficient from the point of view of the State’s positive obligation under Article 8. In addition, such a conversion would not have any implications for the applicant’s family life as it would not affect the paternity of the applicant’s daughter or the responsibility for the care, custody, or maintenance of the child.

Interestingly, the Grand Chamber reaffirmed the position of the Court on same-sex marriage:

“71.  The Court reiterates its case-law according to which Article 8 of the Convention cannot be interpreted as imposing an obligation on Contracting States to grant same-sex couples access to marriage (see Schalk and Kopf v. Austria, no. 30141/04, § 101, ECHR 2010).”

*96.  The Court reiterates that Article 12 of the Convention is a lex specialis for the right to marry. It secures the fundamental right of a man and woman to marry and to found a family. Article 12 expressly provides for regulation of marriage by national law. It enshrines the traditional concept of marriage as being between a man and a woman (see Rees v. the United Kingdom, cited above, § 49). While it is true that some Contracting States have extended marriage to same-sex partners, Article 12 cannot be construed as imposing an obligation on the Contracting States to grant access to marriage to same-sex couples (see Schalk and Kopf v. Austria, cited above, § 63).”

Regarding alleged European consensus that would prevent states from defining marriage as the union between one man and one woman:

“73.  From the information available to the Court (see paragraph 31 above [(Belgium, Denmark, France, Iceland, Norway, Portugal, Spain, Sweden, the Netherlands and the United Kingdom (England and Wales only)])., it appears that currently 10 member States allow same-sex marriage.” (…)  “74.  Thus, it cannot be said that there exists any European consensus on allowing same-sex marriages.”

Gregor Puppinck was appointed director of the European Centre for Law and Justice after serving on the board for seven years. From 2003 to 2008, he taught Human Rights, International Law and Constitutional Law at the University of Haute-Alsace School of Law. For the past ten years, Puppinck has extensively worked on religious freedom cases and political discussions within the international institutions primarily before the European Court of Human Rights.