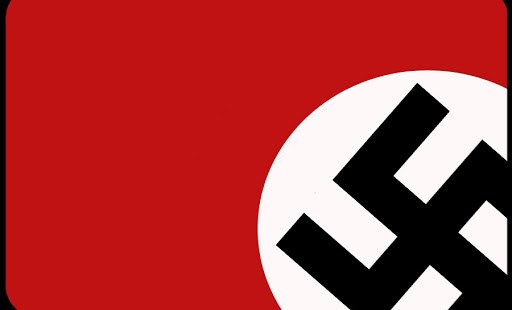 One of the weirdest news stories form the past few days carried this headline: “Religious group flies swastika banner over city beaches.”

Here’s how the New York Post described the event: “The Raelian religion shelled out $2,000 to rent a plane to pull an advertising banner aimed at changing minds about Adolf Hitler’s Nazi symbol. The banner was part of what the Raelians call ‘International Swastika Rehabilitation Week,’ which ended Saturday."

The religion teaches that aliens seeded all life on earth and are still around — in flying saucers — monitoring their work. It uses a combination of a six-pointed star and a swastika as its insignia. As the group’s official website explains:

“It’s a very chilling image, in light of the fact that southern Brooklyn has the largest remaining number of World War II and Holocaust survivors,” Treyger said. “There is no place for this in New York City.”

Was the intent of the display anti-Semitic? The Raelians deny it. And here’s the thing: The Raelians are dead right about the history of the symbols. But does it matter? That is, are some symbols so inextricably tied to particular meanings that it is never again possible to use them to represent another meaning?

Back in the 1970s, a comedy group called Firesign Theatre did a satiric riff on the European invasion of North America and the fate of the American Indians. At one point, a Spanish Catholic priest (sporting an Irish brogue) confronts a group of bewildered Indians.

“D’ye recognize what I’m holidn’ over your head, lads?” he asks.

“It’s a cross. The symbol of the quartering of the universe into active and passive principles,” an Indian replies.

“God have mercy on their heathen souls!” the priest intones.

The United States Holocaust Memorial Museum offers a history of the symbol:

“The swastika has an extensive history. It was used at least 5,000 years before Adolf Hitler designed the Nazi flag. The word swastika comes from the Sanskrit svastika, which means “good fortune” or “well-being." The motif (a hooked cross) appears to have first been used in Neolithic Eurasia, perhaps representing the movement of the sun through the sky. To this day it is a sacred symbol in Hinduism, Buddhism, Jainism, and Odinism.”

The Nazis were not the only nationalist group to grab the symbol in the early 20th century. But when Hitler rose to power, he made the swastika his own. And nobody who knows anything about the horrors of the Nazi Holocaust should see the symbol now without some sense of revulsion. For members of those cultures that had the swastika first, that revulsion is surely mixed with anger at how the Nazis polluted their symbol.

The swastika is far from the only symbol that’s been hijacked for an evil cause. A few years ago, members of some criminal gangs decided that Rosaries were cool. Yes, the same Rosary beads used by Catholics to keep track of their prayers. So where did that leave school officials who try to keep the peace on their campuses by keeping gang symbols out? Safety versus freedom of religion? A hard call either way.

For most of the world, the Rosary has not been contaminated with the stench of violent crime. The swastika is harder to defend.

When might the broken cross become a less shocking sight in America? Maybe when the last Holocaust victim has passed away, then the freshness of a wound torn every time a swastika is shown may also pass.

No offense to the Hindus, Jains, Buddhists, Odinists — and Raelians. Within their homes and places of worship, they can surely define their symbols as they like. And rage against what evil has done with some of those symbols.

But a civilized concern for the feelings of their neighbors might persuade them that they should not fly a swastika over a neighborhood where victims of Nazis still live. No matter what their intentions.