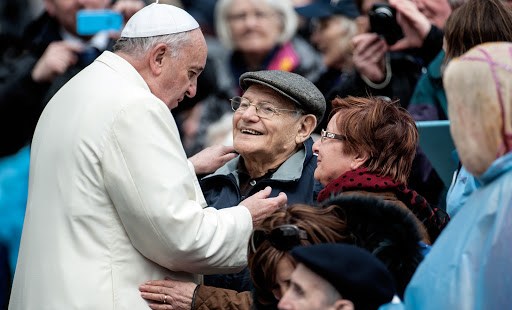 Explaining Pope Francis, fighting the culture of death, and mourning the loss of a great Catholic writer.

When Pope Francis spoke out against the “trickle-down economy” last fall, people like Rush Limbaugh went ballistic. Now, a Vatican cardinal has explained that the Pope is not condemning capitalism but the problems of the market economy.

Cardinal Peter Turkson, the president of the Pontifical Council for Justice and Peace spoke to Zenit news service at the conclusion of a Vatican seminar on “The Global Common Good: Towards a More Inclusive Economy,” July 12.

“Although economists will recognize or probably say that the market is the agent of capitalism, it is rather the market [Pope Francis] addresses, said Cardinal Turkson, who is from Ghana. “What the Pope is talking about is not that the market should add Christian values to its ideology; what he is talking about is in a basic anthropological sense, in the sense of a human person who in Creation, right from the book of Genesis, was created to be the center of Creation. Now when something else replaces, or displaces, or moves us from the center, then we are bound to become a servant or serve whatever has replaced it, in this center state. And if, in this case, it is the market or finance then something has gone awry.”

The cardinal said that other people agree with the Pope on this principle, including President Barack Obama. “Last fall when Evangelii Gaudium came out President Obama was one of those who referred to it, in his speech to the Congress,” he said. “In 2009, in his inauguration speech, President Obama had made observations similar to this—about a market which needs to serve the person, and his last words to congress were (paraphrasing) that if the U.S. with all its endowments cannot help the poor get out of poverty, then it is failing a lot of people.”

Vietnam may be getting its first Catholic university, according to a report in La Stampa’s Vatican Insider. Archbishop  Paul Bui Van Doc of Ho Chi Minh City says the building could be ready within a year.

The archbishop noted that more and more universities and private campuses run by Asian, Australian and European entities and universities have been popping up since 2001, so “why should the Catholic Church in Vietnam be deprived of this right? Particularly given the shortcomings in the national education system, which are evident from the figures on Vietnamese education.”

It’s been debated for some time whether homosexuals make up something like 10 percent of the U.S. population or much less. It seems that the Centers for Disease Control and Prevention  have settled the issue.

About 2.3 percent of the U.S. population identify themselves as gay, lesbian or bisexual, the Centers reported Tuesday in the first large-scale government survey measuring Americans’ sexual orientation.

The Washington Post reported on the National Health Interview Survey, which is the government’s premier tool for annually assessing Americans’ health and behaviors. It found that an overwhelming majority of adults, 96.6 percent, labeled themselves as heterosexual in the 2013 survey, 1.6 percent of adults self-identify as gay or lesbian, and 0.7 percent consider themselves bisexual.

An additional 1.1 percent declined to answer, responded “I don’t know the answer” or said they were “something else.”

Much of the rest of this column this week deals with news out of Great Britain. We reported this week that Anglicans around the world have been accepting of a number of important changes. Those in Australia have altered the age-old prohibition of clergymen speaking about what they heard during a private confession, and the General Synod of the Church of England has voted to allow