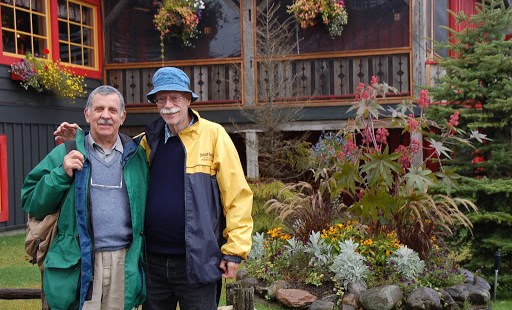 Judge in Denver issues temporary stay of ruling to give state chance to appeal.

DENVER (AP) — A federal judge in Denver declared Colorado’s gay marriage ban unconstitutional Wednesday, but he temporarily put the ruling on hold to give the state until next month to seek an appeal.

Judge Raymond P. Moore’s ruling was in response to a lawsuit filed July 1 by six gay couples who asked the court for an injunction ordering that the state’s ban no longer be enforced.

Colorado Republican Attorney General John Suthers and Democratic Gov. John Hickenlooper had requested a stay so the issue could eventually be decided by the U.S. Supreme Court — though both agreed the state ban should be declared unconstitutional.

The couples filed the lawsuit after the 10th U.S. Circuit Court of Appeals in Denver ruled against Utah’s gay marriage ban but put the decision on hold pending an appeal.

Moore said in his ruling that Colorado’s attorneys "have not met their burden" for a stay because they did not oppose the injunction. But he’s giving them until Aug. 25 to seek a stay from the 10th Circuit Court of Appeals in Denver or the U.S. Supreme Court.

Shortly after the ruling, Suthers filed a notice of appeal to the 10th Circuit.

The matter of the injunction was never in question, only whether there would be a stay. Moore indicated as much during a hearing Tuesday.

Moore said the U.S. Supreme Court has signaled that it may take up the constitutionality of gay-marriage bans, citing a decision last week granting a stay in the Utah case. The Supreme Court said state officials don’t have to recognize the marriages there until their appeal is heard.

"There is a fuse that has been lit that is burning across federal courts, and all of the district courts that have looked at the issue seem to be pointing in a single direction," Moore said during the hearing. "But not withstanding that, it seems as if with wet fingers the Supreme Court has put its finger on that fuse and perhaps said, ‘Wait.’"

Gay couples applauded the ruling, but said they were still waiting for a final resolution.

"It’s been a long time coming," said one of the plaintiffs, Breanna Alexander, 30, of Arvada. "But we’re still meeting opposition that feels even more unjust when it comes to frivolous appeals."

The fight to legalize gay marriage began in earnest after the U.S. Supreme Court struck down part of the Clinton-era federal Defense of Marriage Act last year. The majority ruled that it was unconstitutional for the law to deny federal benefits to same-sex married couples.

Although some of the couples in the lawsuit have civil unions in Colorado, the lawsuit called them unequal and an inadequate substitute to marriage.

Suthers’ office said the question of gay marriage should be resolved by the U.S. Supreme Court. Hickenlooper also said the legal process should play itself out, but he has reiterated his support for same-sex marriage.

After the ruling, Suthers said he was gratified that Moore issued a temporary stay. The attorney general said he expects the appeals court to continue the stay and believes the nation’s highest court will be the final authority in gay marriage cases.

Even though Colorado’s gay marriage ban is still in effect, clerks in Boulder, Denver, and Pueblo counties have issued marriage licenses to gay couples after several favorable court rulings. Denver and Pueblo counties have stopped because of a state Supreme Court order, and Suthers is trying to get Boulder to cease issuing licenses to gay couples.