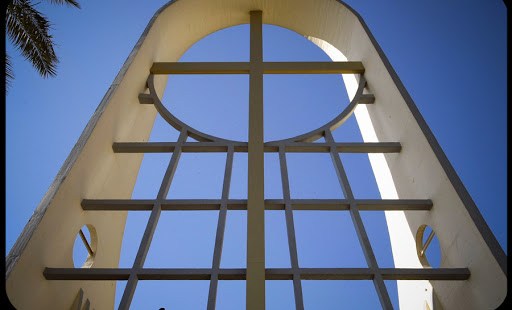 A new program to train Iraqi clergy in pastoral counseling of Christians traumatized by war and persecution is under siege.

As reports continue to roll in of a staggering civilian death toll (5,500 in the first six months of 2014) and the expulsion of Christians from Mosul, the suffering of Iraqi Christians is almost incomprehensible. Archbishop Warda of Erbil, Iraq, recently stated,
“There are thousands of examples of overwhelming suffering among Iraqi Christians, thousands of examples of such senseless injury and killing. The grief and sorrow in our congregations is palpable, where not one person has been unaffected by tragedy since 2003.”

Countless Iraqi Christians have lost family members and friends, have been traumatized by the years of war and unrest and, even before the ISIS invasion, by the lingering threat from unexploded ordinance and continued oppression by their Muslim neighbors. Helping these individuals recover emotionally from over a decade of terror and loss is a monumental challenge. Living under such conditions can trigger numerous other emotional and psychological problems, such as profound apathy among the young who lack hope in the future, escapism through addiction to drugs and pornography, and violence directed at family members.

These unmet needs were identified by the SALT Foundation—a Netherlands-based NGO dedicated to helping Christians throughout Mesopotamia. The Foundation has been helping Iraqi Christians through relief aid, socio-economic development, job training and covering the cost of surgery, among other efforts. In order to provide Iraqi Christians pastoral care that addresses the breadth of the problems described above, SALT contacted the Institute for the Psychological Sciences (IPS), a graduate school of psychology based in northern Virginia.

IPS offers online certificate programs, in addition to clinical and non-clinical graduate degrees. Beginning last January, IPS has been partnering with St. Peter’s Seminary in Ainkawa, Iraq, to equip a group of clergy and seminarians to help bring healing and wholeness to their flock.

In addition to their coursework, under the direction of Dr. Ivankovic, students were learning how to apply their new knowledge to particular pastoral circumstances. They understand that sound psychological formation is needed across the board and not only for those who have been persecuted and traumatized directly.

Staff was hopeful that this partnership would bear fruit in the ministries of priests and seminarians at St. Peter’s Seminary and in the lives of those whom they serve. Such training, which emphasizes the dignity of every human person, should exist in every war-torn area of the world.

Unfortunately, the progress of the second of the three courses, “Pornography Addiction and Addiction Recovery,” has faced monumental challenges due to the invasion of Iraq by ISIS and the expulsion of Iraqi Christians under penalty of death in all areas occupied by ISIS.

Dr. Ivankovic reports that two students are no longer able to take part in the program because they no longer have access to the internet and their personal safety is a concern. They asked only for our prayers.

At this juncture, while a few students continue to study, it is unclear when the students will be able to finish their coursework. Just as the need for this important work increases, so too do the obstacles that prevent them from continuing in training.

Regrettably, with the danger of escalating violence and persecution in Iraq, these dedicated men must, at best, pursue their studies on a day-to-day basis, ministering to those they can, until Christians can again live free in the land their ancestors have occupied since the Apostolic Age.

Caitlin Bootsmais the editor of Human Life International’s Truth and Charity Forum (truthandcharityforum.com) as well as the Communications Director for Fuzati, Inc., a Catholic marketing company. Mrs. Bootsma received a Licentiate in Catholic Social Communications at the Pontifical University of the Holy Cross in Rome as well as a Master’s of Systematic Theology from Notre Dame Graduate School of Christendom College. She lives in Richmond, Virginia, with her husband and two sons.