Not a Convert, Not a Revert, I’m an Un-vert 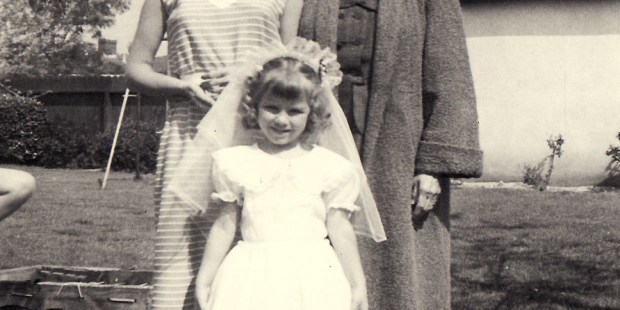 But un-verts can have great stories, too.

Who doesn’t love a conversion story? Hearing how a convert struggled to discover the Truth and then found it in the Catholic Church. It validates our own faith and can help us to more deeply appreciate what we have. And sharing in their “a-ha” moment gives us the opportunity to see our faith in a new light, rejuvenating our own enthusiasm. It’s also intriguing to hear about the trials and resistance converts often endure in their search and listen to them reveal the reasons they decided to join the most despised religion in the world. Some Catholics might even enjoy the juicy details of someone’s wayward past, if only to truly appreciate the miracle of God’s mercy in their lives.

Alas, I have no such story, and I’m sorry that I’m not able to shock you with tales of my youthful apostasy and once lurid lifestyle. I’ve been boringly Catholic all of my life. I was born to Catholic parents, baptized Catholic, went to Catholic grade school, received First Communion, Confirmation and Holy Matrimony in the Church, belonged to a Catholic youth group and then a Catholic couples’ group, gone every Sunday to a Catholic Church (unless I was in the middle of childbirth or too sick to go), and will have my funeral in a Catholic church. I never gave leaving the Church a thought. What’s more, I married a great Catholic guy I met in college, and together with him, baptized and raised our four kids Catholic and for 32 years we’ve tried to live our faith the best we could.

I’m a cradle Catholic, and this is my “un-version story.”

Before I go on, let me say that some of my closest friends are converts and a number of others are reverts. I love them dearly, and marvel at their stories. I give thanks to God that they are here with us in the Catholic Church and that I am bound to them through the Mystical Body of Christ. Convert and revert friends, you know who you are. I love you.

But, what about us plain old cradle Catholics?

I once was contracted by a large group to speak at a conference. I was pumped, they were eager to have me, and all went well until they discovered that I was a cradle Catholic. Unless I had a conversion story, they weren’t interested in me. They canceled the contract, and I was miffed.

When I recounted this incident to a friend, she lovingly teased me about having “Older Brother Syndrome,” in reference to the older brother in the parable of the Prodigal Son (Lk 15:11-32). The older brother griped about his father throwing a bash when the younger son returned after having squandered all his money. The older brother had remained faithful the whole time. Didn’t he deserve credit for that?

I admit that I do see some of the older brother in myself, but I would never want to deny converts a single bit of the inheritance for which they both long and deserve—the treasures of the Catholic faith and the glory of heaven. I would never deny them their right and obligation to spread their enthusiasm and gratitude for the Church.

While there’s much to be learned from conversion stories, there’s also much to be learned from the un-conversion stories. It’s not easy to remain faithful day in and day out, year after year. It can be tough to keep our faith vibrant through the crises and uncertainty that we encounter, to experience times of darkness and fear without wavering in our beliefs. During the “easy” times of our lives, it’s hard not to become complacent in our practice of the faith. It’s challenging to time and again hold our heads up amid the “Catholic jokes” and to continually and charitably correct the misperception and even outright lies about what others think we believe. Personally, I find it nearly unbearable to read about Catholics in other parts of the world who are persecuted and murdered for their beliefs.