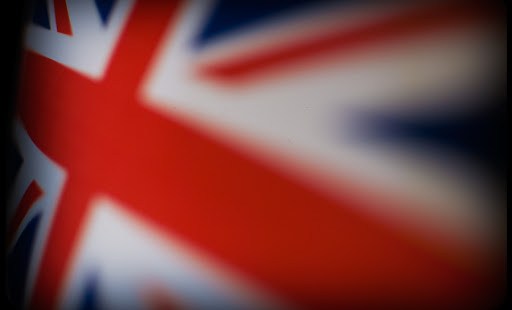 Assisted suicide is not the way to go.

Suicide and killing people are two things that the Church has always declared to be wrong. It has therefore been of considerable interest in the UK this last week that a proposed law was put forward for debate which would authorize assistance with both.

Perhaps even more surprising was the intervention of Lord Carey, the former Archbishop of Canterbury, in support of the idea. In an article in the Daily Mail he announced a change of heart, reversing his previous stance, and breaking with the long-standing position of the Church of England on these matters.

In the background lay a number of difficult and very sad cases of which that of the late Tony Nicklinson was the most recent. He was paralyzed after a stroke and suffered from what is called “locked-in syndrome” for over nine years, which he found unbearable. So he wanted someone to kill him by injecting him with a lethal drug, (though, if necessary, he was prepared to kill himself by means of a machine invented by one Dr. Nitschke which, after being loaded with a lethal drug by a helper could have been digitally activated by Mr. Nicklinson, using a pass phrase via an eye-blink computer system).

Existing UK law forbids both killing people and assisting a suicide, but in practice a growing degree of forbearance in application of the law, in cases of medically assisted dying, has been introduced. But, Mr. Nicklinson sought to have the law changed outright upon the basis that it was in conflict with the European Convention on Human Rights of which Article 8 guarantees respect for private and family life. The right to a private life his lawyers contended meant respecting his “right” to commit suicide and more particularly have someone help him to do this without fear of subsequent prosecution.

His original case was rejected and in response, Mr. Nicklinson then refused all food and died of Pneumonia shortly thereafter. His widow then continued with an appeal to the Supreme Court, which, in June this year, again rejected the application. In a 7:2 majority decision, their Lordships declined the opportunity for judicial activism even though they indicated a strong sympathy with the case that had been made. Thus, they judged that the matters were within the discretion (or, more formally, the “margin of appreciation”) of the UK Parliament (whose capacity is itself now constrained by European law).

Nonetheless, they felt that the issues were better suited for Parliament to resolve than the Court, as they turned upon “important elements of social policy and a moral value-judgment,” together with “a choice between two fundamental but mutually inconsistent moral values, the sanctity of life and the principle of autonomy, which are sensitive to a society’s most fundamental collective moral and social values and upon which there is no consensus in our society.” The Parliamentary process they held “is a better way of resolving issues involving controversial and complex questions of fact arising out of moral and social dilemmas in a manner which allows all interests and opinions to be expressed and considered.”

While not directly making a decision compelling change, in reviewing the substantive issues, the judgment goes on to make a cumulative case for Parliament making changes to the applicable law. The judgment notes that the main justification for an absolute prohibition on assisted suicide “is the perceived risk to the lives of vulnerable individuals who might feel themselves a burden to their family, friends or society and might, if assisted suicide were permitted, be persuaded or convince themselves that they should undertake it, when they would not otherwise do so.”

Their Lordships then re-frame the core problem taking the “right-to-die” as a given, which then turns the whole matter into a contest of rights which consequently requires a judgment about “the relative importance of the right to commit suicide versus the right of the vulnerable, especially the old and sick, to be protected from direct or indirect pressure to do so.”

Having reframed things in this way, the question is no longer how to avoid any such pressure, since “It is unlikely that the risk of such pressure can ever be wholly eliminated. Therefore the real question is instead, according to the judgment, “how much risk to the vulnerable is acceptable in order to facilitate suicide by others who are free of such pressure or more resistant to it.”

With all this argued for, it is little wonder that they hint very heavily to Parliament that “A system whereby a judge or other independent assessor is satisfied in advance that someone has a voluntary, clear, settled and informed wish to die and for his or her suicide then to be organised in an open and professional way would arguably provide greater and more satisfactory protection for the vulnerable, than a system which involves a lawyer from the DPP’s office inquiring, after the event, whether the person who had killed himself or herself had such a wish.”

Perhaps the most curious irony in all this is that the terrible circumstances of Mr. Nicklinson would not in fact have met the new criteria. Thus, the person whose original case started this whole process would not have been eligible to apply it for the simple reason that he was not in fact terminally ill. While terrible, his condition was such that with sustained high level care his life could have continued for many more years, just as Stephen Hawking the celebrated physicist has lived on in to his seventies although medical experts confidently predicted he had “only months to live” in 1963.