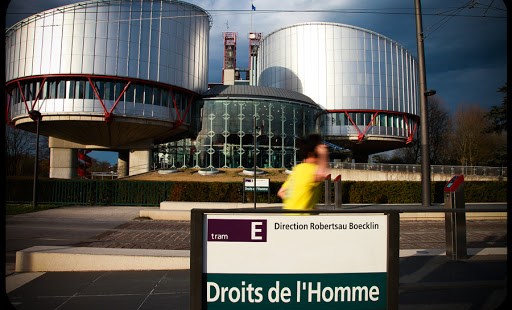 What it means for American liberals.

When the U.S. Supreme Court handed down its landmark decision in Hobby Lobby v. Burwell, American liberalism suffered an immediate setback. Leftist judicial commentators and political pundits alike took to the airwaves and other media, criticizing the "unjust" ruling. Even Justice Ruth Bader Ginsburg registered an almost unprecedented level of dissatisfaction with the court’s holding.

Talking heads on MSNBC and other networks contrasted the state of American liberalism with the perceived success of European progressivism, lamenting the American failure to move in Europe’s direction.

Then, about one month later, the Grand Chamber of the European Court of Human Rights (ECHR) lowered the boom on European progressives. And, the wind was taken out of the sails of American liberalism.

The Grand Chamber had handed down its decision in the case of Hämäläinen v. Finland. Europe’s high court of human rights had ruled in the favor of Finland, finding against Heli Hämäläinen, a male-to-female transsexual. An official statement of the ECHR detailed the facts of the case.

"The applicant, Heli Hämäläinen, is a Finnish national who was born in 1963 and lives in Helsinki. Ms Hämäläinen was born a male and married a woman in 1996. The couple had a child in 2002. In September 2009 Ms Hämäläinen underwent male-to-female gender reassignment surgery.

"Although she changed her first names in June 2006, she could not have her identity number changed to indicate her female gender in her official documents unless her wife consented to the marriage being turned into a civil partnership, which she refused to do, or unless the couple divorced. The couple preferred to remain married as a divorce would be against their religious convictions and they considered that a civil partnership did not provide the same security as marriage for them and their child. Ms Hämäläinen’s request to be registered as female at the local registry office was therefore refused.

"Ms Hämäläinen brought administrative proceedings before the national courts which, in May 2008 and February 2009, rejected her appeal against the refusal to register her as a female. The courts found in particular that legislation on confirming the gender of transsexuals in Finland did not intend to change the fact that only a man and a woman could currently marry under Finnish law. The Supreme Administrative Court refused her extraordinary appeal in August 2010.

"Ms Hämäläinen complained that making the full recognition of her new gender conditional on the transformation of her marriage into a civil partnership violated her rights under Article 8 (right to respect for private and family life), Article 12 (right to marry) and Article 14 (prohibition of discrimination)."

This meant that the court ruling maintained that a contracting state of the European Union (EU) could refuse to acknowledge same-sex marriage without violating the Union’s code of human rights. In fact, "The Court reiterated that the Convention did not impose an obligation on States to allow same-sex marriage." No EU member nation can be forced to accept same-sex marriage because the European Convention "enshrines the traditional concept of marriage as being between a man and a woman."

To be sure, the court’s ruling contrasts with recent legal and political developments in the United States. Whereas American liberal news media oftentimes paints Europe as a much more progressive continent, here was its high court of human rights "lagging behind" American legal culture.

Here in the U.S., liberals maintain that the crusade for same-sex marriage is the civil rights movement of the present age. Such a claim established itself as accepted dogma late last spring when reports emerged evidencing that Brendan Eich, the designated CEO of Mozilla, had made a one thousand dollar charitable donation to California’s Proposition 8 initiatives. The revelation sparked outrage from pro-LGBT agitators, which led to Eich standing down from his new appointment.