The Old Lady who Swallowed a Fly 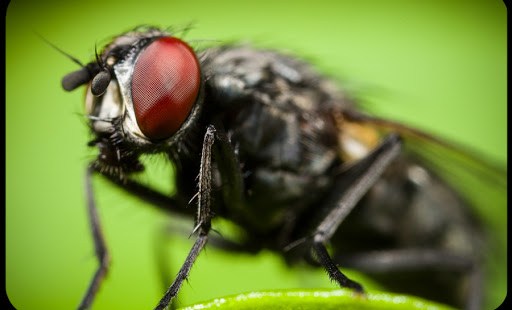 The law of unintended consequences reaches far and wide; even “the Pill” isn’t exempt.

Do you remember the silly children’s song about the old lady who swallowed the fly? The poor, misguided woman tried again and again to rid herself of her problem, by swallowing bigger and bigger things—a spider, a bird, a cat, a dog, a goat, a cow, and finally a horse—and she’s dead, of course!

The law of unintended consequences, popularized in the 20th century by American sociologist Robert Merton, is like that. Someone does something, no doubt with the best of intentions, but the plan blows up in his face because he fails to imagine all the things that could go wrong.

In the southeastern United States, kudzu is a case in point. Kudzu (genus Pueraria lobata) was brought to the U.S. from Japan in 1876 as an ornamental plant. Later kudzu was used to prevent soil erosion; but without its natural enemies, it has grown like the man-eating plant in the 1960 cult film “Little Shop of Horrors.” Growing as much as a foot a day, kudzu was declared a weed in 1971 when officials recognized the vine’s propensity for overtaking parklands, climbing telephone poles, all but obliterating fences, and smothering all in their range.

Another, more recent threat to the American landscape would seem to be that newest example of technological highway blight, the digital billboard. You’d think we’d have learned back in the ‘60s, when the Highway Beautification Act was signed into law. By the mid-60s, when the government belatedly realized that we had a problem, unregulated billboards had usurped the view along most of America’s roads, vying for drivers’ attention, both a safety hazard and a blight.

But regulation is most frequently done after the fact. Who would have guessed, for example, that road warriors with pulsating boom boxes in the rear would also install custom purple fluorescent lights beneath their vans, shining downward onto the road, wreaking havoc for the other drivers?

The newfangled digital billboards seem to me to be destined for after-the-fact regulation. The primary objective of the flashing, pulsing, gyrating signs, of course, is to cause drivers to look away from the road; and it’s only a matter of time before the incidence of accidents near these neon hazards brings about increased regulation. Problem is, the billboards are darned expensive, and banning them will mean major financial hardship for sign companies and advertisers alike.

Today’s final example of technology-run-amok is that bulwark of American social freedom, the oral contraceptive. Approved by the FDA in the early 1960s, “the Pill” was far more effective than most previous methods of birth control. With its use, women had unprecedented (but by no means sure-fire) control over their fertility. Soon after the birth control pill was approved for sale, there was a sharp increase in college attendance and graduation rates for women. The ability to control fertility without sacrificing sexual relationships allowed women to make long term educational and career plans.

But not all the news was good news. The Pill has had an enormous impact on individuals and on society as a whole:

Moral Consequences – Pre-marital Sex and Promiscuity. Never before had sexual activity been so divorced from reproduction. For a couple using the Pill, intercourse became purely an expression of love, or a means of physical pleasure, or both; but it was no longer a means of reproduction. “If it feels good, do it” became the mantra of the tumultuous sexual revolution. The spread of oral contraceptive use thus led many religious figures and institutions to debate the proper role of sexuality and its relationship to procreation. The Roman Catholic Church in particular, after studying the phenomenon of oral contraceptives, re-emphasized the stated teaching on birth control in the 1968 papal encyclical “