When I Used to Say: God, I Don’t Know What You Are 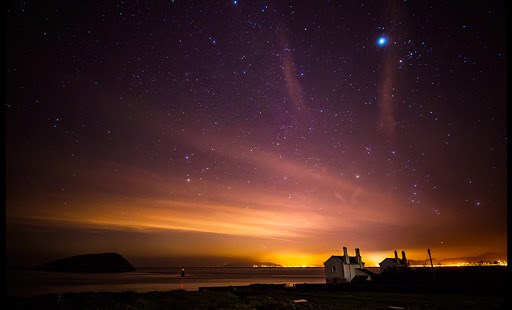 When it first started to happen, it made me anxious. I had been through my doubting, socialist phase. I had battled a serious illness. I had returned to the Catholic Church. I should have been settling into a quiet, normal life.

But then it would happen. I’d be lying in bed late at night, or looking at the ocean or even walking down the street, and the thought would come into my mind: I don’t know what you are.

It was a sudden expression, not of doubt about the existence of God, but a frightening admission that I have know idea what God is. My mind would race through concepts: God is love, but what kind of love? The love of a mother for a child, carnal love, or the love, as Dante wrote, that moves the stars? What about suffering, illness, death? Or nature?

After I was treated for the illness that could have taken my life, I spent a lot of time on the Eastern Shore of Maryland, where I had spent a lot of summers as a kid. I would contemplate the grand Atlantic Ocean and think: I know you’re there, I can feel you. But what are you?

What was, and is, happening to me is very crucial to spiritual development. I was experience something that happens during contemplation. It is well described in Thomas Merton’s great book Seeds of Contemplation.

“Just the affair of a quiet and passive temperament. It is not mere inertia, a tendency to inactivity, to psychic peace.”

It is “not prayerfulness, or a tendency to find peace and satisfaction in liturgical rites.”

It is not Descartes cogito ergo sum: I think therefore I am. “If his thought is necessary as a medium through which he arrives at the concept of his existence, then he is in fact only moving further away from his true being.”

It is not “the experience of being seized and taken out of oneself by collective enthusiasm, in a totalitarian parade: the self-righteous upsurge of part loyalty that blots out conscience and absolves every criminal tendency in the name of Class, Nation, Part, Race or Sect.”

It is not found in the superficial consciousness “where it can be observed by reflection…this reflection and this consciousness are precisely part of the external self which ‘dies’ and is cast aside like a soiled garment in the genuine awakening of the contemplative.”

It is not the result of a certain kind of temperament. Such people exhaust themselves in trying to attain contemplation as if it were some kind of an object, like a material fortune, or a political office, or a professorship, or a prelacy.” And if a man has a “passive temperament” it “keeps him from suffering the inner struggle and the crisis through which one generally comes to a deeper spiritual awakening.” This inner struggle can result in a jolting experience: “In the end the contemplative suffers the anguish of realizing that he no longer knows what God is [emphasis added].”

The last part is crucial. Merton emphasizes that the kind of anguish that comes with true contemplation “a great gain.” Because the experience opens one up to the reality that God is not a what but "a pure ‘Who.’” Merton notes that this does not mean that man has not concept of “the divine nature” — just that “abstract notions of the divine essence no longer play an important part since they are replaced by a concrete intuition, based on love, of God as a Person, an object of love, not a ‘nature’ or a ‘thing.’”

This is what I experienced. In the early 1990s I had returned to the Catholic Church. Like a lot of reverts, I was intoxicated with the grandeur of the church, and with her humility and intellectual and artistic genius. I went to Mass. I read everything from Von Balthasar to Teresa of Avila. I prayed to the saints. I found a great comfort, like I had found my real family. My intimacy with the Lord just deepened years later, when I had to overcome a life-threatening illness. I wasn’t afraid.