The War on Women’s Real Victims 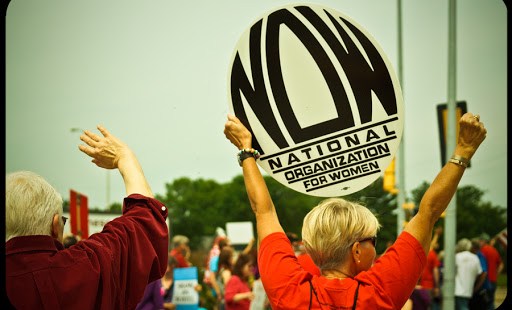 The Church is not at war with any one.

The latest salvo in the “war on women” came from the nation’s largest organization of feminist activists, returning fire — they would say — in the direction of the Catholic Church.

The National Organization for Women released a list of those opposed to the federal contraception mandate called "The Dirty 100." This list included Catholic charitable organizations and dioceses across the country. These groups have now filed suit in the wake of the Supreme Court’s ruling in favor of family businesses that challenged the Affordable Care Act’s contraception mandate.

This so-called war is not about access to contraception. It is not about discrimination against women. It’s about the basic human right to religious liberty and freedom of conscience. And when it comes to the dignity and well-being of women, the Catholic Church has a long, proud history.

At the time, his claim seemed plausible. After all, according to Cost Helper Health, the average co-pay for a contraceptive pill-pack is between ten and thirty dollars a month, a price that is not prohibitive for most women.

Beyond that, according to the federal Community Health Center statistics for 2009, there are well over 9,000 “income-based” clinics serving poorer patients in all 50 states, in addition to private and independent health service sites that provide inexpensive contraception across the country.

And, it should be noted, “the pill” is often used to treat other medical conditions, and not for contraception, in which cases the Church accepts such usage. No one’s trying to close off that avenue, either.

But even if contraception were terribly hard to come by, it could not be said that opposing the federal contraception mandate implies gender discrimination. In Hobby Lobby, the plaintiffs were two companies co-owned by women. And the first two groups to reach the high court on appeal under that new case law were the Little Sisters of the Poor and a global Catholic television network founded by a woman.

And although they may not see it, NOW’s list is actually premised on paternalistic presuppositions. Supposedly, bosses, who are men, are refusing to pay for the contraception needed by their employees, who are women. In the real world, many bosses are women, and many employees, of either sex, handle such matters privately. They don’t ask their employers to compensate them for contraception.

What’s more, NOW seems to think that fertility is a kind of disability. It shifts the burden for that “affliction” entirely to women. It ignores the simple fact that when there’s a woman who wants to buy contraception, there’s also a man who’s at least partly responsible for the cost incurred. "The Dirty 100" casts women as victims beset by a natural defect, in need of government assistance to free them from their fertility.

Whether or not women need more access to contraception, and regardless of whether or not it should be free, the present question is whether forcing religious believers to pay for contraception against their will violates freedom of conscience and defies the universal human right enshrined in the first clause, of the first sentence, of the First Amendment.

Our government may be the most powerful in the world, but no government should have the power to decide which organizations are “religious enough” to qualify for an “accommodation.” No government should judge if a sincerely held religious belief is sufficiently important, reasonable, or worthy of respect. This is what our Founding Fathers believed, and this is what they guarded against in the Bill of Rights.