The Christians of Caserta to Pope Francis: Save Us From “The Godfather.” 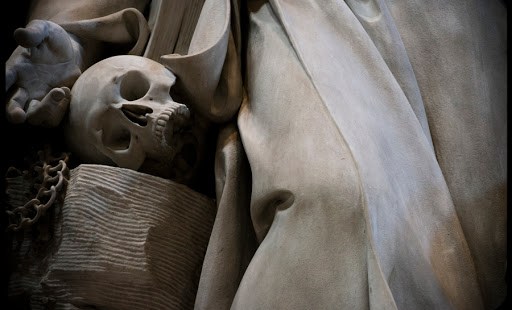 An Interview with Don Domenico Dragone, Rector of the Shrine of Our Lady of Fatima in Marcianise.


Caserta is a no man’s land where a person easily becomes lost, and where environmental damage, social disadvantage and cultural underdevelopment are particularly serious. This is what the Christians of Caserta wrote in letter addressed to John Paul II in 1992. 22 years later, on the eve of his visit, Christian groups of Caserta are addressing Pope Francis in a new letter that denounces the worsening of the situation, in what has now become a city of rights denied, a city “condemned by local political feudalism and by economic power to the unequivocal role of a large dormitory for Naples”.

“Our city,” the letter states, “which has always lacked the proper structures, has thus become a place where everything spirals downward, which stifles the cries of the poor, marginalizes the least among us, those who have been wronged, and the weakest.”

In their letter, the local Christian Workman’s Association (ACLI), Ruth’s Home belonging to the Ursuline Sisters, the Zaccheus House run by the Sacramentine Fathers, and the Caserta City of Peace Council, place their hope in Pope Francis’s visit to their town and pledge their commitment to making justice and fraternity prevail.

Don Domenico Dragone, Rector of the Shrine of Our Lady of Fatima in Marcianise, will be part of the group of priests who will meet the Pope on Saturday, July 26. Francesca Sabatinelli asked him if, in all these years, anything has really changed in Caserta and the surrounding province:

"From a practical point of view, it is as it was. However, so many things are done which are not highlighted. For example, in every parish we have what are called ‘listening centers’ where people who lack sufficient economic resources come and find, for example, a doctor to care for their child: through these listening centers, doctors of good will tend to these children. People who are in difficult living conditions also come, and the parish sends them someone. There is a chain of solidarity that is not talked about. Therefore, there is great good and there is also great evil."

Good and evil in a place which, in 1992, Christians of Caserta called a “no man’s land”…

In this respect, I would say that there is something worse. Today, people are running away from cities such as Caserta, Capua, Marcianise, Maddaloni, because there is such foul, if not to say poisonous air. So there are people who adapt as they can, by escaping to the mountains for a breath of fresh air. This is the same air that’s breathed in by administrators, by politicians who have children, grandchildren, and descendants to come. Our city administrators have not yet understood that if the environment is more and more degraded, they too will suffer many evils, so much so that the priest Don Patriciello said to one of the Camorra: “Are you really so foolish as to bring poison into your home?! You’ll die and so will your children”.  So many children here are dying of cancer, so many men, so many women, because of the bad air.

The “land of tumors” is one of the names give to your area, as well as the “land of fires” …

I am a parish priest in Marcianise. In recent days there have been countless arrests and confiscations over millions and millions in goods taken by the mob and their affiliates. There is a scramble for the easy wealth of the dishonest and not for what’s necessary and for what day-to-day we honestly need and can use. The mindset is so askew that even if you go to the parish priest to request a Baptismal certificate you need a recommendation! It’s the thing that’s most annoying.

Are you in close contact with the young people: do you see a different mindset among in them?