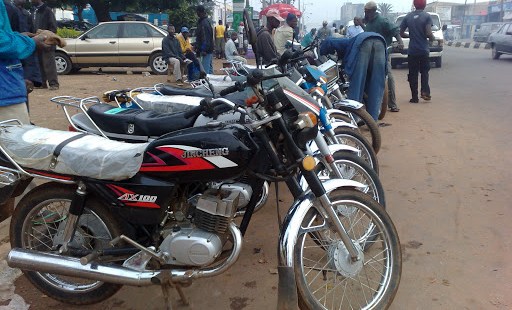 A woman blew herself up at a gas station in northern Nigeria on Monday, killing three people in one of three suicide bombings by females in Kano in two days, police said.

The woman was in line with other women, all wearing traditional northern Nigerian dresses and long Muslim headscarves, waiting to buy kerosene for cooking when she set off the bomb, said Tijjani Isa, an attendant at the station.

"I was nearby the queue when I heard a heavy loud (noise)," he said. "And immediately saw people running while others went down."

The suicide bombing was one of five attacks in Kano in two days, said police spokesman Musa Magaji Majia.

Another female suicide bomber exploded her device across from a Shoprite supermarket Monday, killing herself but not injuring anyone else, said police.

On Sunday, a 15-year-old girl detonated a bomb near a temporary university site, killing only herself, said Kano State Police Commissioner Aderenle Shinaba. Five others were killed in a church bombing the same day, he said, and a third bomb was discovered near a mosque but it did not explode or harm anyone.

Boko Haram has killed thousands of people in five years of their insurgency. Previously female suicide bombers have been rare in Nigeria, but women appear to be playing a larger role in the conflict after more than 200 teenage girls were kidnapped in April.

The city of Kano has banned all public worship and celebrations over the holiday marking the end of Ramadan that is currently underway. Other northern Nigerian cities have banned the use of personal vehicles, fearing intensified violence over the holidays.

Kano is outside the region of northern Nigeria that has been under emergency rule for more than a year, but it is a frequent target of Boko Haram attacks. The extremist group says it wants to impose its version of Islamic Shariah law in Nigeria and it often attacks moderate Muslim mosques, clerics and civilians.