An Open Letter to the Tea Party 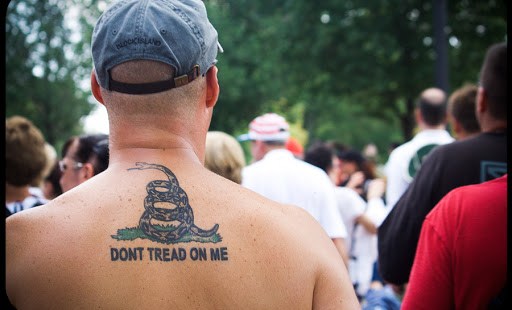 I am not a Tea Party person, and so it might be a bit impertinent of me to offer advice to the Tea Party folks, even if it’s friendly advice. Of course the Tea Party gets lots of advice from outsiders, most of which is along the lines of “Please drop dead” or “Go away and don’t come back.”

That’s not the kind of advice I wish to give. My advice is that they stop talking about “less government” and start talking instead in terms of the idea of “subsidiarity” — and idea that has been a staple of Catholic social teaching for a century and more.

The trouble is, “less government” is a terribly vague and indistinct term. If you say you favor less government, how am I to know what you mean? A smaller military? No Social Security? Less money for public schools and higher education? Less money for scientific research? Smaller local police and fire departments? Fewer national parks? A smaller Coast Guard? Local trash pickups only once a month instead of once a week? Fewer potholes filled? You could mean any of these things, or some of them, or none of them when you speak of “less government.”

Applying this theory to American society would mean in practice that we would have less government in some matters and more government in other matters. It would not lead us to make “across the board” cuts in public expenditures. No, it would lead us to cut spending in some areas and increase it in others. What we need is not “less” government or “more” government; we need the “just right” amount of government in every area.

When we have “too much” government in this area or that, we find that “lower” levels of government are not as productive or creative as they should be. For officials at these lower levels feel that what they are doing doesn’t really matter. Likewise, many individuals tend not to take adequate responsibility for their lives, for they come to feel that it is the job of some governmental agency to protect them and provide for them. The more we centralize power in Washington, the less of a sense of responsibility every agency and every individual outside of Washington is likely to feel.

Nor am I attempting to trick the Tea Party folks, most of whom I suspect are Protestant of one kind or another, into allowing the camel of Catholicism to stick its nose under their tent. Subsidiarity by another name is old-fashioned Americanism, and the older American name is Jeffersonianism. Thomas Jefferson didn’t use the word “subsidiarity,” and as a Deist who abhorred Catholicism he would probably be more than a little offended to read that he and many papal encyclicals hold a similar theory of society and government. But (with all due apologies to Mr. Jefferson) it’s true all the same. Jefferson’s idea of decentralization and individual responsibility is very similar to the Catholic idea of subsidiarity.