Let Us Arise and Go Home 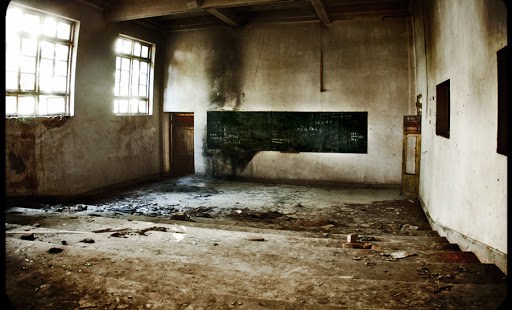 The late Stratford Caldecott has shown us the way to return education to its vital purpose.

[Two weeks ago], Stratford Caldecott, the wisest writer on education in our time, passed away at the all too early age of sixty. He had written many books, on a wide range of things: on the theological imagination of Tolkien; on the liturgy; on the cosmos; on charity; and on beauty, especially as regards a truly liberal education.

It’s time for us to return home, and Stratford Caldecott can show us the way. But first we must understand that we are in a very strange land, and we can no more “apply” the wisdom of Mr. Caldecott to the schooling we have, than we can put icing on mud and call it cake.

Our schooling is ghastly. We must face this fact. At its least inhuman, it is crassly utilitarian, and inept to boot. But it has grown worse than utilitarian. Russell Kirk long ago described its progress in degeneration. We reject the “moral imagination” that could be built up in us by patiently receiving what the greatest artists have to teach us. We do not stoop to learn from Marcus Aurelius, the grave, dutiful, tranquil emperor meditating upon life from his barracks on the German frontier. We will not humble ourselves to heed the lessons that Shakespeare can teach us – about the fickleness of popular sympathies, the transience of power, or the beauty of the pure body and pure soul. If we study the old masters at all, it is to find that they are conveniently modern and “progressive,” or to teach them a lesson in the schoolyard sense, taking them apart and exposing their supposed weakness or cowardice.

Having rejected that, Kirk says, we seize upon the “idyllic imagination,” a paradise of fools. We dream up utopias on earth, and will spare nothing old and venerable, nothing genuinely tolerant, nothing that comes to terms with human fallenness, human limitations, and human error, in bringing these utopias into being. The last hundred years have been drenched in utopian blood. At its least destructive, the idyllic imagination breeds flies of a summer day, songs like “The Age of Aquarius,” or books like I’m OK, You’re OK; or the foolish feminist dreamworld of Charlotte Perkins Gilman, Herland.

Anthony Esolencurrently serves as professor of English at Providence College, and is perhaps best known for his widely acclaimed translation of Dante’s Divine Comedy. He has also authored several original works, including The Politically Incorrect Guide to Western Civilization and the satirically titled Ten Ways to Destroy the Imagination of Your Child. He regularly writes for publications including The Catholic Thing and Crisis Magazine.

Dr. Esolen’s commentary originally appeared on his blog at Life Site News and is reposted with their kind permission. All rights reserved.