Dr. Chazan’s Fight for His Job—And the Rights of the Unborn 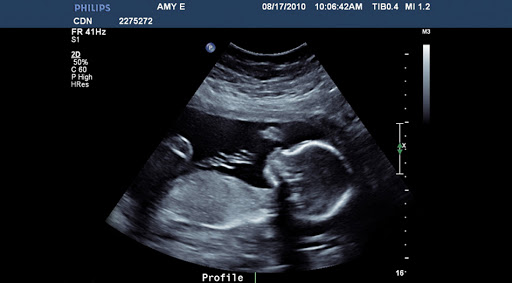 In Poland, abortion law has a run-in with a well-formed conscience.

There’s only one reason that could justify abortion, and in that case it is not even an abortion.

That would be a case where the principle of “double effect” comes into play: a pregnant woman’s life is in danger due to illness or disease or injury. In order to save her life, doctors must perform a procedure that puts the unborn child’s life at risk. They carry out the procedure and unfortunately the child dies as a result. Their intent was to save the mother’s life, not kill the child, but the procedure used to save the woman had the “double effect” of ending the child’s life.

So a physician has no moral justification in performing an abortion for any reason, no matter how horrible a situation sounds. He has the right to refuse to terminate a pregnancy in every case, and to avoid complicity, to refuse to refer the woman to another physician or hospital who would perform the procedure.

In Poland, Dr. Bogdan Chazan is paying the price for taking that stand. Chazan, the director of Warsaw’s Holy Family Hospital, was fired after he refused to allow a woman to have an abortion. The woman’s situation sounded horrible, and as the case has been reported in the media, Chazan comes off as a horrible person for making her and her baby go through the ordeal.

In April, a pregnant woman went to him because her own doctor had diagnosed her unborn child with serious health problems, according to a Reuters report. Chazan told her he could not allow the abortion at Holy Family because of a “conflict of conscience.” Instead, he gave her the address of a hospital where the child could receive palliative care once born.

In other words, Chazan treated the unborn patient, though severely afflicted, as a human being who has the same right as every other human being: the right to be born and be cared for. The little person’s life might be short and difficult, but, in Chazan’s view, that’s why other people are here: to care for such a person lovingly, not cut it short in a misguided attempt to put someone “out of his misery,” as if he were an injured grasshopper.

“The baby was born at a different hospital with, according to a doctor there, severe head and facial deformities and a brain that was not viable, conditions which the doctor said would result in the child’s death within a month or two,” Reuters said.

Chazan, in the view of at least two people in Poland, had forced his will and his faith upon the woman and created a situation that required a poor innocent baby to suffer needlessly. Those two people in Poland were the mayor of Warsaw, who fired Chazan from his position, and the Polish prime minister, Donad Tusk, who issued a statement saying, "Regardless of what his conscience is telling him, [a doctor] must carry out the law.”

Hanna Gronkiewicz-Waltz, the mayor of the Polish capital, said she was firing Chazan from the hospital “on the grounds that he did not have the right to refuse the abortion and did not inform the woman about the options for getting a termination,” said Reuters. “An inquiry commissioned by the mayor’s office alleged that Prof. Chazan flouted [Polish law, which requires doctors to help the patient find alternative options for having a termination], that he did not inform the patient an abortion would be illegal after the 24th week of pregnancy, and ordered unnecessary tests which made her miss that deadline.”

But Chazan is being backed up by a number of individuals and organizations, such as Cardinal Kazimierz Nycz, Archbishop of Warsaw, who said in a statement that the doctor’s dismissal was a “dangerous precedent, violating the rights not only of Catholics but of all people.”

Chazan does not deny that he refused to carry out an abortion, but disputed the findings of the inquiry, according to Reuters. His lawyer said he may appeal against his dismissal.