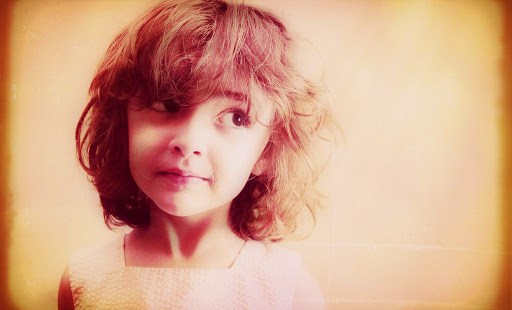 The groundwork for alcoholism is laid long before hitting the bottle.

A few years ago, PARCHED, my beloved first book, was cruelly remaindered. Meaning the sales weren’t high enough to keep it in print, and folks could therefore only buy the book used.

I myself bought 300 copies or so but sold them all at talks, readings, and other events. Even I didn’t have my own paperback copy anymore!

I kept badgering New American Library, the publisher, to give me the rights back, but the ebook sales were high enough so that time after time, they said no.

At last, earlier this year, I had a brainstorm. I described my INCREDIBLY SUCCESSFUL career to them and suggested that they put the book back in print.

I don’t generally use this column to plug my own work, but darned if they haven’t done it!!

So for the many hundreds of thousands of you who have barely been able to eat or sleep, you can relax, log on to amazon, and purchase a brand new copy.

Sin, redemption, rehab. My tragicomic drinking story, in living color. It’ll probably always be the favorite of my books.

As everyone (I hope) knows, alcoholism is a physical, emotional, and spiritual disease. Just to demonstrate that I was an alcoholic way, way before I ever picked up a drink, here’s an excerpt from Chapter 3:

“We are as much possessed by [our] pathological states as any witch or witch-hunter in the darkest Middle Ages. It is merely a difference of name. In those days they spoke of the devil, today we call it a neurosis.
—Carl Jung, Civilization in Transition
My parents were welcoming hosts, giving neighbors and generous to a fault, but even an objective observer might have noted the barebones approach to material goods that permeated every aspect of our household. The Band-Aid box contained only one Band-Aid, the minuscule size meant for shaving nicks. The Bactine bottle was perpetually empty save for the dram trapped in the nozzle. Shoe polish had to be gouged from the sides of the tin with a toothpick. Like Communists, we enjoyed no private ownership: there was one hula hoop, one basketball, one sled.

Heat was likewise in woefully short supply. From October through April we slept between sheets that felt as if they’d been stored in a refrigerator, and dressed each morning in rooms so cold they could have doubled as meat lockers. Shivering before the bathroom sink we took twice-a-week sponge baths (showers wasted water), scrubbing ourselves with washcloths that, hung out on the wind-whipped clothesline, had dried as stiff and rough as sandpaper. Partly this was to save on oil, and partly it was because my mother had the metabolism of a penguin and liked nothing better than to throw the windows open mid-winter, strip down to her shirtsleeves and catch a frigid Arctic breeze. As blizzards raged and the wind hurled in from the east, I crept about the house, my lips blue, a threadbare blanket draped over my head like a shroud. "For heaven’s sake, don’t you want some fresh air?" she’d exclaim, throwing open the front door to admit a gust of icy snow.

When it came to food, the portions were mingy and angst-producing: a thimble full of cole slaw apiece, five hot dogs for seven people (were we supposed to be learning fractions?, I wondered). Like a plague of locusts, we laid the table bare: a chicken reduced to a pile of dry bones, corn cobs stripped of kernels. Fights broke out over the last meatball or pork chop, the combatants hollow-eyed and clawing, the victor holding aloft a lopsided baking soda biscuit as if it were a haunch of beef. Mom bought sale items in bulk (always ones I detested even singly): twenty cans of lima beans, a gross of stewed tomatoes. In the fall, we drove with Dad to Applecrest for "drops"–fruit that had fallen off the tree and partially rotted.

I understood it was no mean feat to support so many people, and now I know it wasn’t so much the events of my childhood that shaped me as my reaction to them. Still, predisposed as I was to view even neutral situations through the lens of hyperbolic paranoia, this chronic deprivation had a peculiarly acute effect on me. It gave rise to a scarcity mentality where there was only one of everything—group of friends, choice, chance; to belief in a universe that was anything but welcoming, anything but abundant, anything but accommodating. I could have looked at our household as proof that God provided; instead I was in a constant panic that what little we had would run out. I could have trusted in my parents’ continued competence; instead I lived in terror of their imminent physical and emotional collapse.

Living in a big family could have taught me to share. Instead, I became a hoarder, secreting away whatever I could scrounge: money, food, feelings. Other girls read biographies of Amelia Earhart or Eleanor Roosevelt. My heroine was Hetty Green, billed in the
Guinness Book of World Records
as the stingiest woman on earth. Though she’d squirreled away millions of dollars, Hetty ate cold oatmeal for breakfast, wore the same black dress every day, and had a son whose leg had been amputated because she was too cheap to pay a doctor. Stockpiling against future want was an idea written deep in my bones and blood, and without yet fully knowing why, I thrilled in homage to the person who had brought it to such pathological lengths. It was the same idea that, years later, would compel me to have a few martinis not because I wasn’t feeling good then, but in case I might not be feeling good in an hour; to "brace up" with a pint or so of gin before going to the bar; to order, already falling-down drunk, three more scotches at last call. You had to store up! You had to stave off disaster! You could never, ever have enough.”